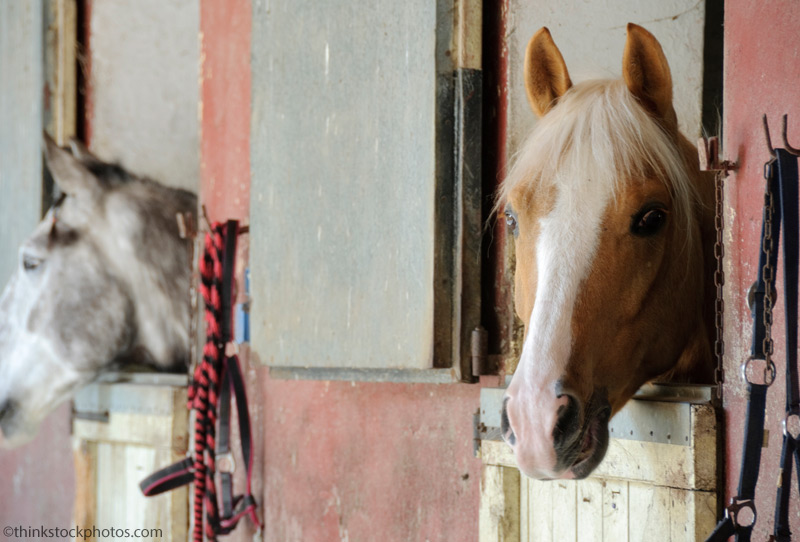 According to a recent study at Michigan State University (MSU), air quality may be worse for stabled horses than previously thought. Approximately 17 percent of the general horse population in Michigan has inflammatory airway disease, which affects athletic performance. Getting to the root of the problem and finding ways to prevent it is important.

Horses in the study were fitted with devices that measured the levels of endotoxins inhaled while in a stable and at pasture. Endotoxin levels at pasture were widely varied, but exposure in stables was approximately eight times higher than what outdoor horses were inhaling.

“In places where bacteria are plentiful, there are a lot of endotoxins. The main sources of endotoxins in the horse’s environment are manure, hay and straw,” says Dr. Frederik Derksen, DVM, PhD, Dipl. ACVIM, a professor at MSU who worked on the study. “Endotoxins become airborne easily. They attach to dust particles in the air, and when a horse inhales dust particles, he also inhales endotoxins.”

The problems don’t end there, as horses often have a severe reaction to these particles. “The body recognizes the endotoxins and thinks that it is being infected by [them]. The body’s response is inflammation, which results in mucus production, coughing and bronchospasm in the lungs,” continues Derksen.

Some horses may be more susceptible to this reaction than others. “Any horse that inhales a lot of endotoxins will have lung inflammation. This is most important in athletic horses, such as sport horses and racehorses, as their performance will be impaired,” says Derksen. “The inflammation will be most severe in horses that already have lung issues, such as heaves or inflammatory airway disease.”

There are management strategies that can be used to minimize this harmful level of exposure. “The best way to keep horses breathing good-quality air is to stable horses in a well-ventilated barn; frequently remove point sources of endotoxins (such as manure piles); and make sure that the hay and straw in the horse’s stall is not dusty,” Derksen advises. These tips should keep you and your horse breathing easier. 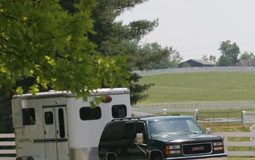