Not too long ago, heaves was more commonly referred to as chronic obstructive pulmonary disease, or COPD. In recent years, the terminology has changed to distinguish the equine from the human form of lower airway disease. In humans, COPD refers to a fairly non-reversible and persistent obstruction of the lower airways, mostly related to smoking. 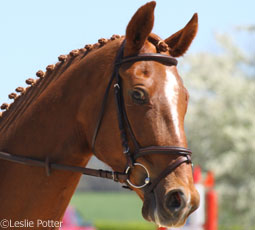 Since horses don’t smoke and their lower airway obstruction bouts tend to be intermittent and recurrent, a new moniker was formed, one that is more fitting to describe the disease process in horses: recurrent airway obstruction, or RAO. This syndrome refers to episodic events of over-reactivity, inflammation, bronchoconstriction and obstruction of the lower airways, particularly as triggered by exposure to environmental pollutants, such as dust and moldy hay. In most cases, this lower airway inflammation responds well to medical therapy with bronchodilator drugs.

Much like an asthmatic human, an affected horse experiences episodes that may come and go, recurring relative to the amount of inhaled pollutants. Ultimately, there may be permanent airway damage with some permanent degree of airway obstruction, but recurrent attacks vary in degree and severity.

Back to Breathe Easy >>