Researchers in the United Kingdom have released a study that finds horses living in stalls show markedly decreased behavioral problems when fed a diet rich in variety—similar to that found on pasture.

In the study*, stabled horses fed multiple forages during their feedings managed much better than their indoor neighbors that received a single-forage diet, even though the amount of feed (by weight) was the same. The researchers also noted that the horses treated to diversified fare “performed foraging behavior significantly more frequently and for significantly longer periods than horses on the single-forage treatment.” Further, the horses on multiple forages preferred to “sample” all the offerings.

Of even more interest, “Stereotypic weaving behavior only occurred on the single-forage treatment.” The study cites “that a multiple-forage diet provides a means of enriching the stabled horse’s environment, by offering variety and enabling patch foraging behavior.” 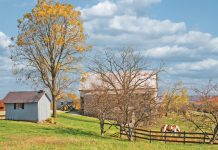 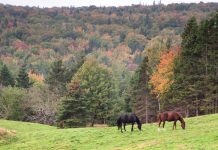 8 Ways to Improve Your Pasture