You’re the kind of horse owner veterinarians like to have as a client because you always make your horse’s well-being a priority. You read horse health articles and books, paying attention to the latest developments. You follow a balanced nutrition program and provide regular daily exercise and turnout. Your farrier is always on schedule to keep your horse’s hooves in good shape. You make sure to vaccinate against diseases according to your vet’s recommendations. You deworm your horse faithfully every two months, being careful to rotate products throughout the year. (Oops—you were doing great until that last one.)

Don’t feel too bad; you’re not alone. Despite research, studies and warnings by veterinarians and parasitologists, the majority of horse owners still adhere to deworming practices that are at least 50 years old. 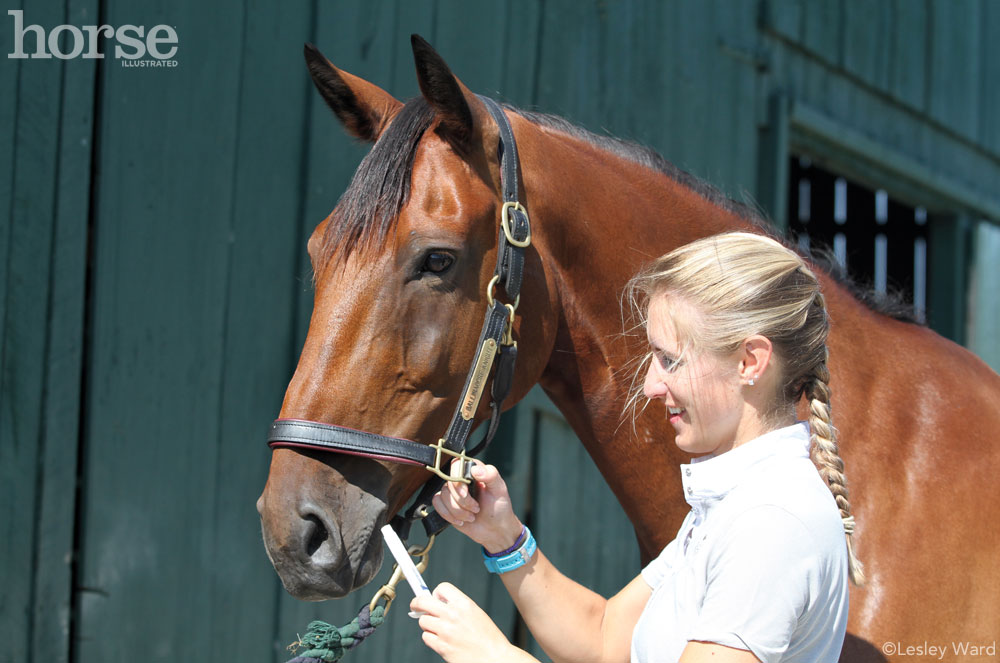 As recently as the 1950s, internal parasites were a big problem for horses. Researchers in the 1960s published proof of the damage caused by these parasites and came up with control measures that proved highly effective. In fact, those measures were so effective that the worst parasites, such as Strongylus vulgaris, were mostly eradicated.

Over the past 10 to 15 years, serious resistance problems have begun cropping up in parasites. The result is that certain deworming products (anthelmintics) are becoming less and less effective against these parasites.

“Just as we’ve had antibiotic resistance, we are seeing resistance to deworming products,” says Faith Hughes, DVM, DACVS, who has been with Peterson & Smith Equine Hospital in Ocala, Fla., since 1991. “Most clients are still not aware of parasite resistance. When you talk to them about this, it makes them nervous to think about changing their practices, which have become very ingrained. But the long-term risks are much greater if we don’t change our practices.”

The traditional deworming programs don’t consider each horse as an individual. Instead, every horse in the barn gets the same dewormer at the same time.

“You don’t treat a horse with antibiotics unless he’s sick, so it stands to reason we should approach deworming the same way and only use deworming products on an individual basis when a horse needs them,” says Hughes.

When you deworm a horse that doesn’t need it, this not only wastes money, but it also promotes drug resistance, which can have future negative consequences to your horse’s health. If you use a deworming drug that doesn’t work because of resistance, you risk the failure of your entire parasite-control program.

To determine which deworming products are working and if you even need to deworm, veterinarians recommend fecal testing.
Specifically, you should utilize two types of testing: fecal egg counts (FEC) and fecal egg count reduction tests (FECRT).

A FECRT is performed by taking a fecal sample for an FEC before deworming, and again 10 to 14 days after deworming. The number of eggs per gram (EPG) in feces after deworming is compared with the EPG prior to treatment. If the deworming drug is effective, there will be a 90 percent or greater reduction in EPG. Effectiveness of the drug is questionable if there is less than 90 percent reduction. When there is less than an 80 percent reduction, this is a sign of parasite resistance to that specific drug class. The drug is no longer considered effective and shouldn’t be used against those parasites on any horse whose fecal tests showed less than an 80 percent reduction in parasite eggs.

FEC testing allows you to create a customized deworming program based on your horse’s specific test results. Based on a recent study, we know that deworming based on FECs will help maintain the efficacy of dewormers currently available, and also save horse owners money over time.

Your veterinarian can usually run fecal egg counts (FEC) and fecal egg count reduction tests (FECRT) or refer you to a lab that can. Testing typically costs about $15 to $30.

Collect a few “apples” of fresh manure in a zip-top plastic bag with the air squeezed out. Refrigerate or put it in a cooler with ice if your vet isn’t coming for a few hours. (If it gets too warm and sits too long, any eggs in the manure can start to hatch and this will compromise the test.)

A FECRT is performed by collecting a fecal sample for an FEC at the time of deworming and again 10 to 14 days after deworming. The number of eggs per gram (EPG) of feces after deworming is compared with the EPG prior to treatment. If the drug is effective, there will be a 90% or greater reduction in EPG. Effectiveness of the drug is questionable if there is less than 90% reduction. When there is less than 80% reduction, this is a sign of parasite resistance to that specific drug class and the drug is no longer considered effective.