A young horse out on pasture achieves many benefits. He learns how to move his gangly frame, becoming agile and coordinated as he frolics in open spaces, particularly when he has other young buddies to run with.

While young growing tissues are highly adaptive, mature tissues have very limited abilities to respond. There is an optimal window of time to condition and train musculoskeletal tissues to ensure the best potential to hold up to exercise stress. Within the first half year of a young horse’s life, he should not be constrained in a stall or paddock, but should be turned out to pasture for at least a portion of each day.

Studies have documented how a pastured youngster learns to cover ground with less joint motion, along with better coordination between front and rear limbs. This improves a horse’s gait, rhythm and cadence, giving him the tools to realize his potential. Studies support the findings that young horses that are pastured full-time develop musculoskeletal tissues that are more resistant to injury, whereas confined youngsters do not. Not everyone has the luxury of full-time turnout so often, mare and foal must be confined in a stall or paddock for part of the day, and then turned out for various periods of time. In these cases, studies demonstrate that these short, intense bursts of exercise, which can be explosive due to pent-up energy, may interfere with a developing horse’s tissue resistance to injury. Nonetheless, it is better for a young, growing horse to have at least part-time turnout rather than none at all.

Back to Building a Sound Future >> 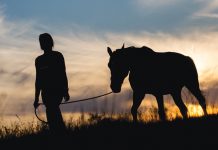 Equine Euthanasia: When to Say Goodbye 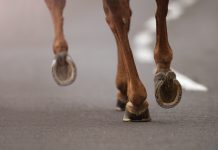 Lameness Detectives: Diagnosing a Mystery Lameness in a Horse