Horse Illustrated is a magazine about the regular horse: Your loyal best friend and local show circuit hero. We’ve always catered to the DIY owner and the wonderful “average” horse. But we’re prone to occasional celebrity worship, just like anyone else, especially when those celebs are of the equine variety. Meet just a few of the many legendary horses we’ve profiled in the pages of HI. 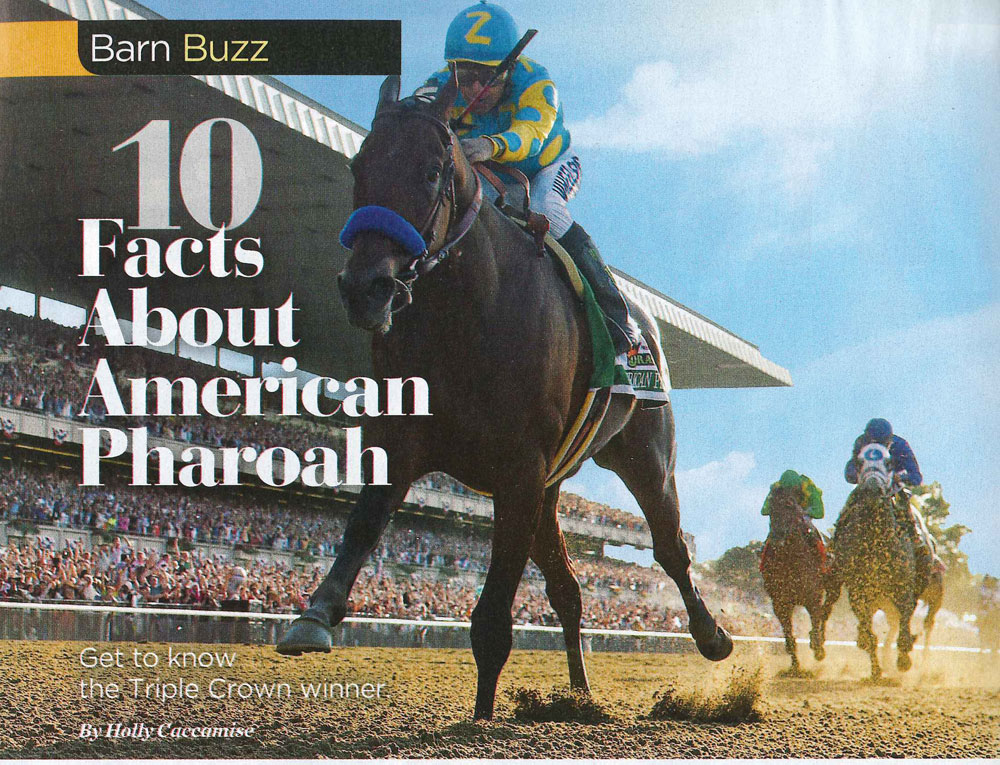 No roundup of horses from the past 40 years would be complete without a mention of the newest legend, American Pharoah. His dominance on the track is, of course, his claim to fame, but his other quirks—the misspelled name, the unusually short tail—have endeared him to horse lovers and racing fans everywhere. 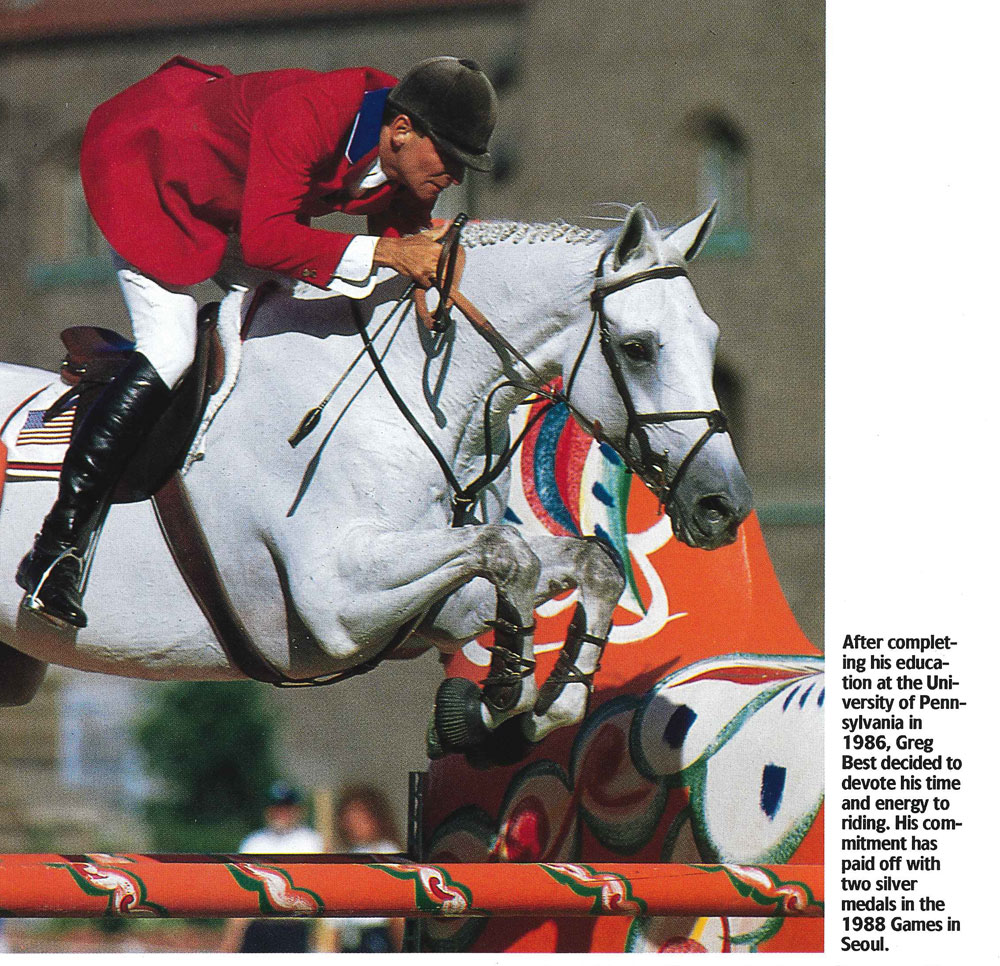 “Years from now, show jumping fans may look back on [Greg] Best and Gem Twist as one of the truly great pairs in the history of the sport,” was the prescient observation by Jill-Marie Jones in the September 1988 issue of Horse Illustrated.

After double silver at the Olympics that year and a “World’s Best Horse” title at the inaugural World Equestrian Games in 1990, Gem Twist more than earned his place in the history books. 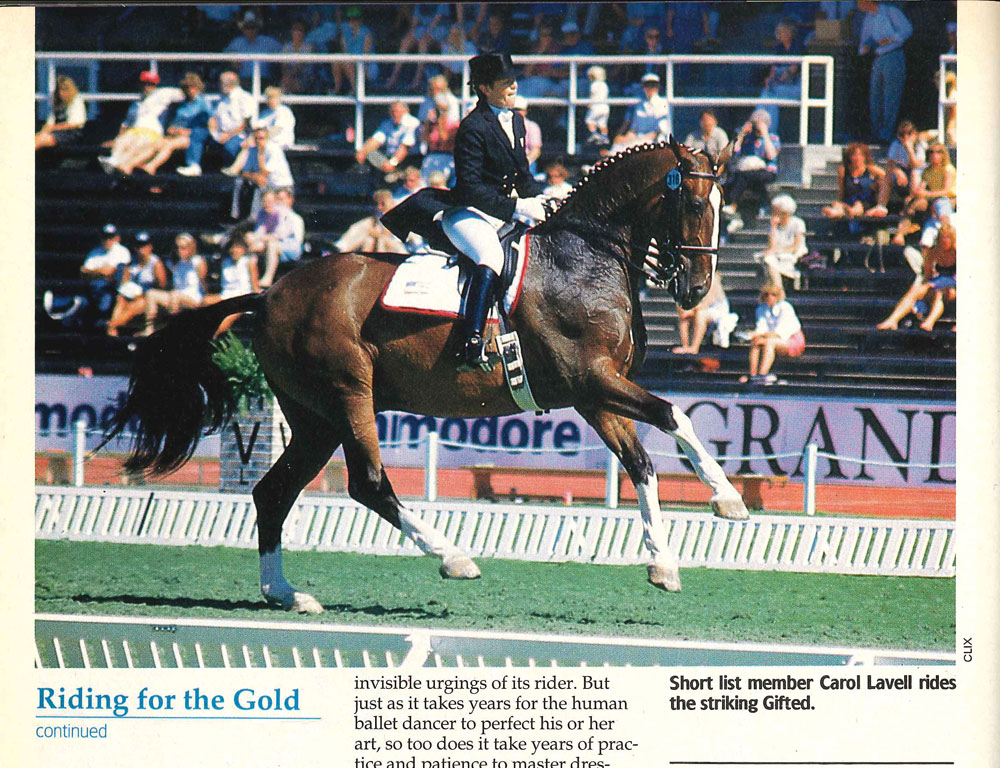 Team bronze in dressage at the 1992 Olympics

Sharon Ralls Lemon sang the praises of the great Gifted in a July 1992 article. “Gifted is one of the most naturally talented animals in all creation. It is this horse, partnered by owner/rider Carol Lavell, who may be the United States’ best shot at a medal in dressage … Given the incredible dominance of the European teams in international dressage, that would be a victory as sweet for American dressage interests as it would for owners Carol and Tom Lavell.” 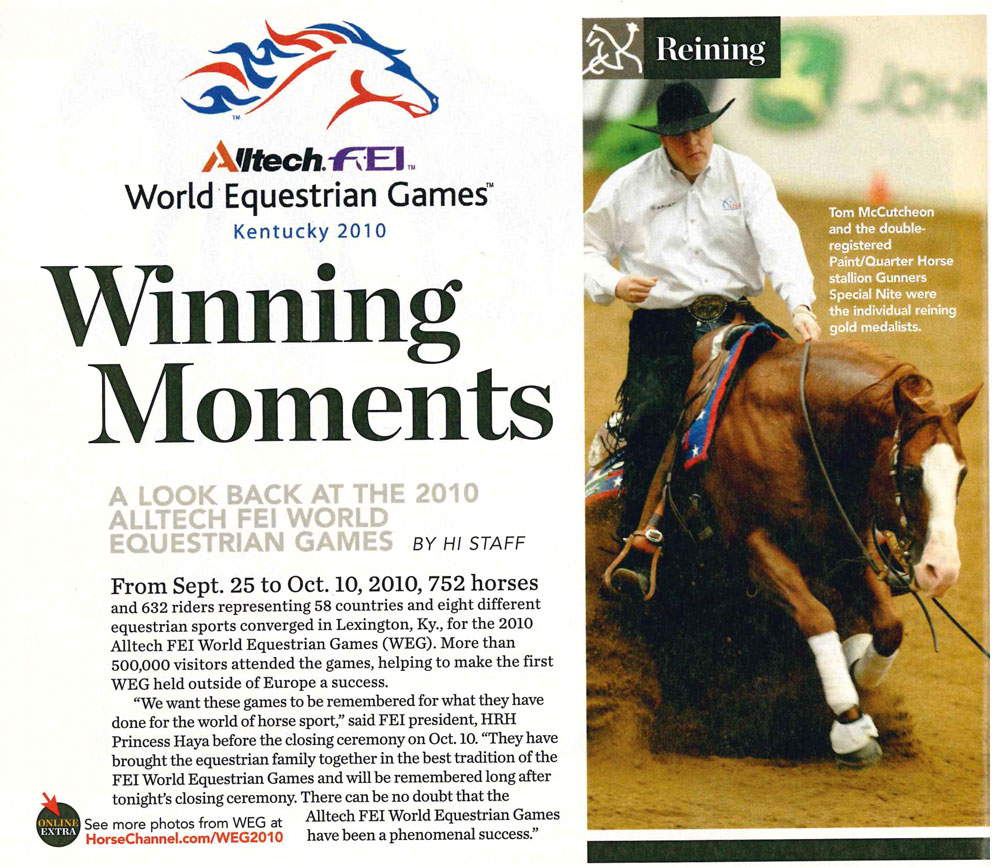 Team and individual gold at the 2010 World Equestrian Games

“Tom McCutcheon took a risk by choosing the WEG selection trials at the Adequan/USEF Open Reining Championship in July for his competitive debut with a new mount, Gunners Special Nite,” wrote Moira C. Reeve in the September 2010 issue.

McCutcheon knew what he was doing. Not only did he and “Bailey” end up with the best result of any American at the 2010 WEG, earning team and individual gold, but the stallion was honored as USEF Horse of the Year later that year, becoming the first western horse to earn the title. 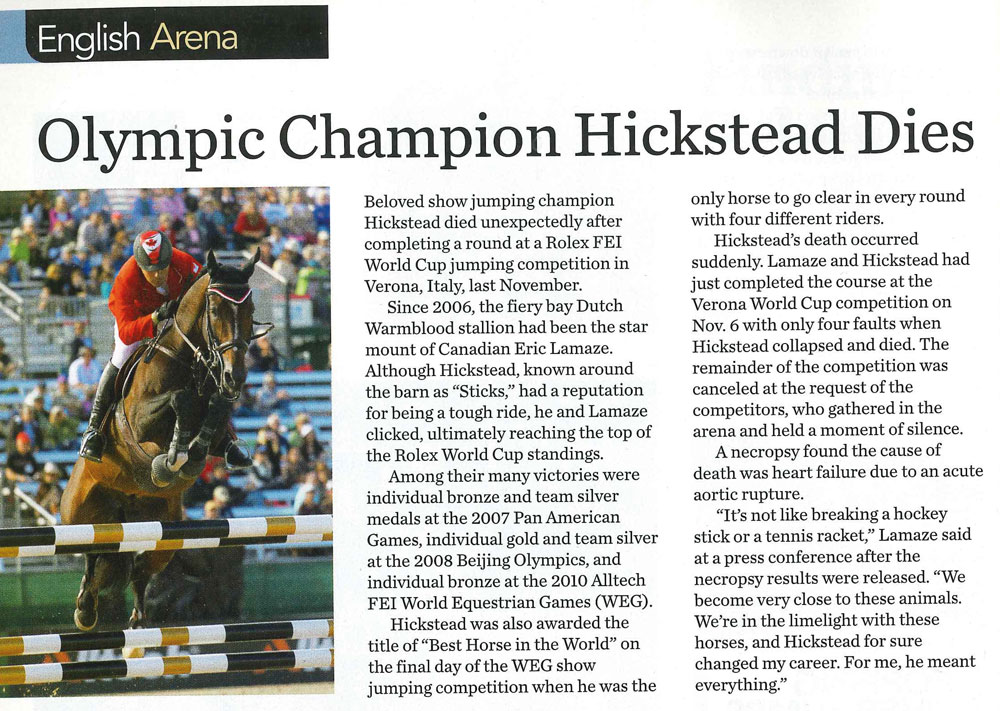 “Canada’s Hickstead, the mount of Olympic gold medalist Eric Lamaze, received “Best Horse” honors when he was the only one to finish the Final Four without picking up any jumping faults,” we reported in our coverage of the 2010 WEG.

The stallion was honored in our February 2012 issue after his death due to an aortic rupture. “Although Hickstead, known around the barn as ‘Sticks,’ had a reputation for being a tough ride, he and Lamaze clicked, ultimately reaching the top of the FEI World Cup rankings.”

In our August 2006 issue, we reported that Scamper “had a reputation as a rank rogue” at the cattle feedlot where he had been working before barrel racer Charmayne James came into his life.

“At just 14 years old, James was able to bring out the best in Scamper; the pair went on to win 10 straight barrel racing world championships,” a record that still stands today. 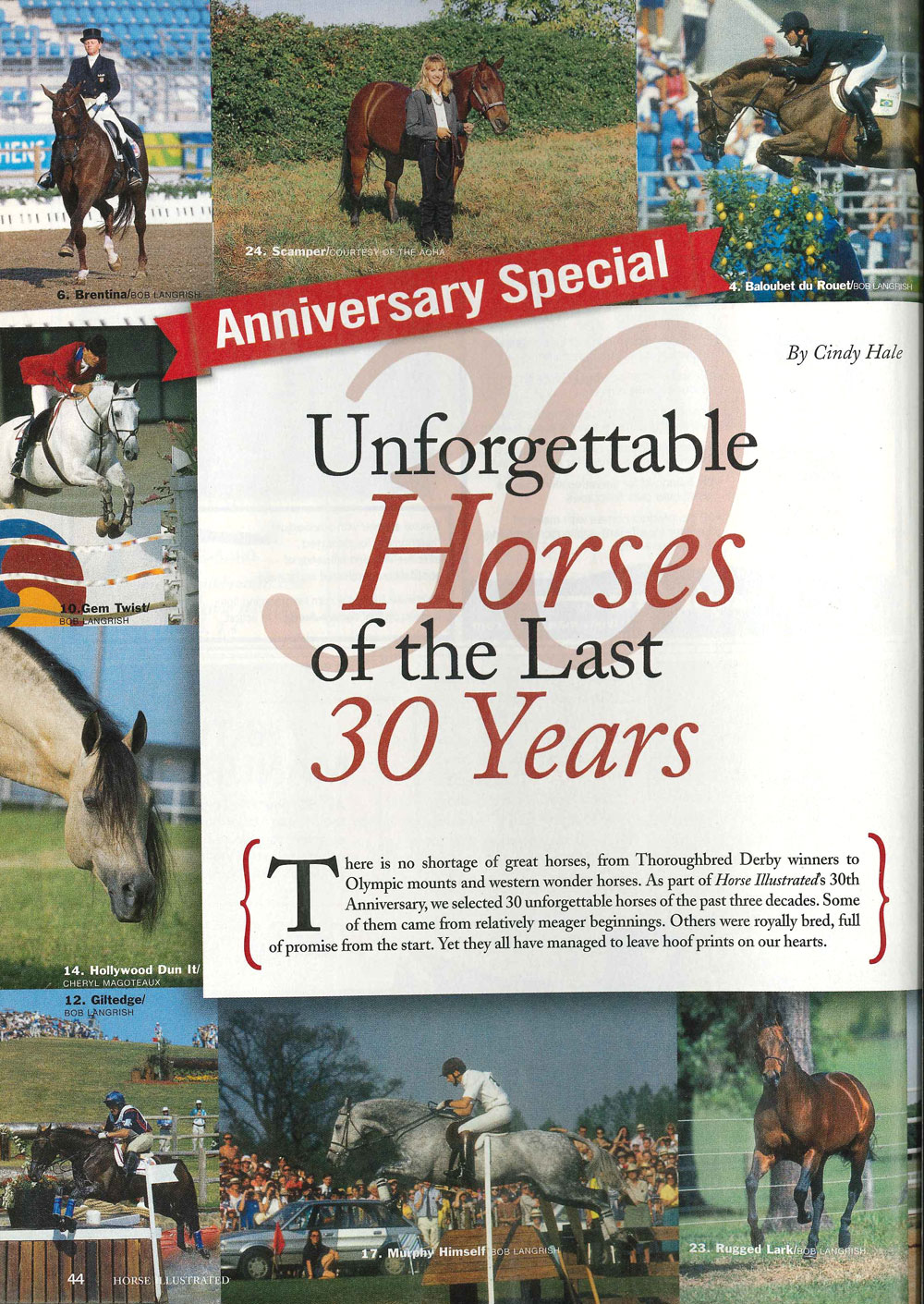 “[Rugged Lark] is the only horse in the history of the AQHA to have captured the Super Horse title at the World Show twice,” wrote Sharon Ralls Lemon in July 1992. “To do so Lark had to … prove himself through championship work in reining, driving, western pleasure, trail, English pleasure, western riding and hunter over fences.”

The great horse would go on to become famous for his bridleless dressage demonstrations at high-profile events, including the 1996 Olympics. A prolific sire, the late stallion’s progeny are successful in a multitude of equestrian sports today.