The horse industry is uniquely situated for controversy. Because it’s centered around an animal that is both fragile and dangerous, animal welfare and liability issues always surround us. In the 40 years that Horse Illustrated has been around, a lot of these controversies have remained consistent. Here are a few examples.

The helmet debate had a huge resurgence in the current decade after Olympian Courtney King Dye suffered a month-long coma due to a traumatic brain injury sustained in a riding accident she had while not wearing a helmet. If it can happen to an Olympian, it can happen to anyone. That realization sparked changes in both rules and attitudes about protective headgear. 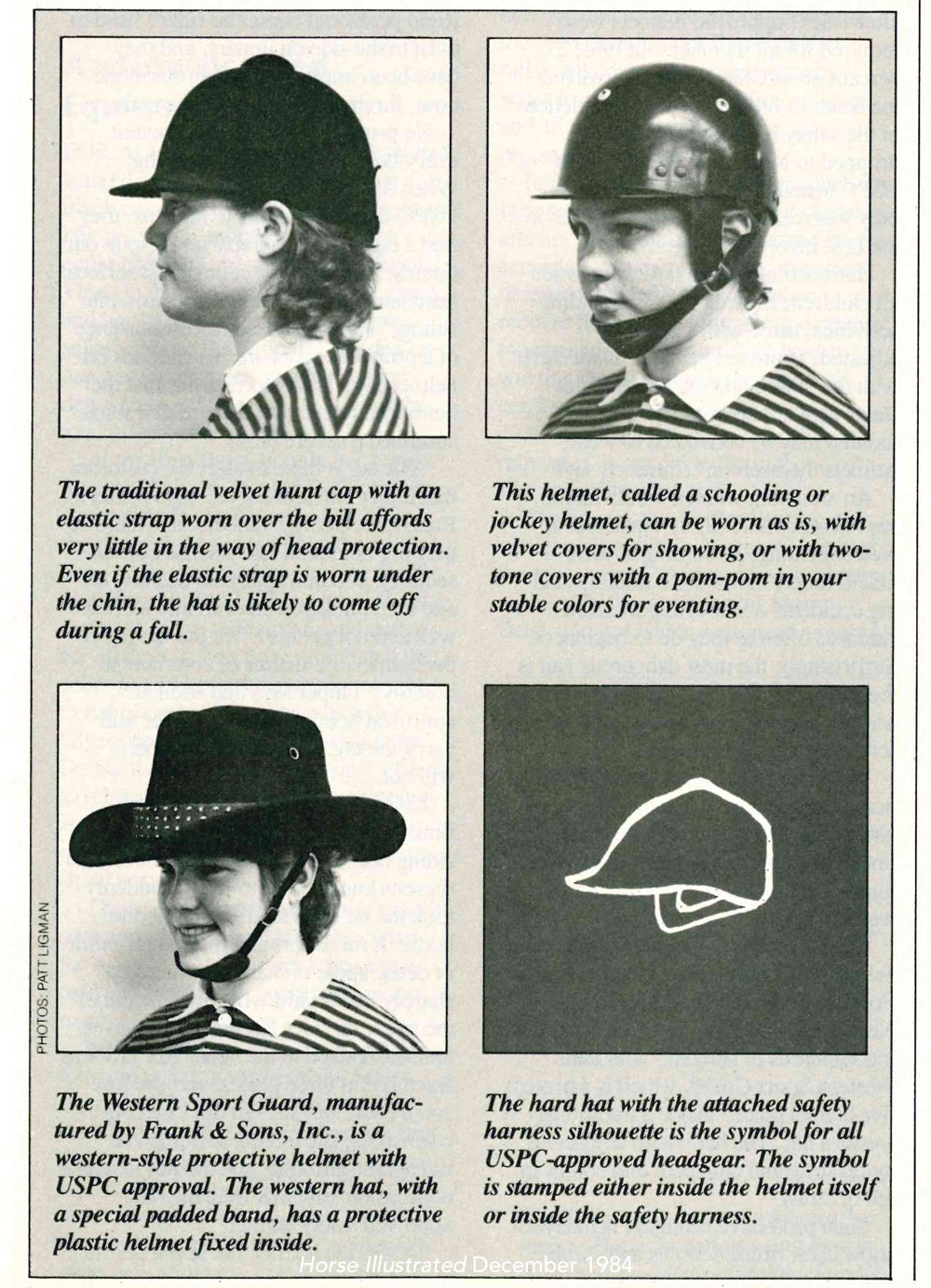 Equestrian headwear of the 1980s from the December 1984 issue.

But the helmet controversy has been going on for decades. In the 1980s, we covered the evolution of testing standards for protective headgear, which was new territory at the time. Horse Illustrated’s stance on helmet use was summed up succinctly in a response to a letter from a reader (who seemed a bit incredulous that we expected western riders to wear helmets) in the July 1988 issue:

“The policy of Horse Illustrated is that protective headgear should be worn by any rider who has a brain he or she wants to protect.”

America’s wild horses stir up strong feelings, both in and out of the horse world. Even before the Wild Horse and Free-Roaming Horses and Burros Act of 1971, they’ve been painted as a nuisance by ranchers in Western states and revered as a species worth protecting above all others by their advocates.

“The wild horse controversy is perhaps the most misunderstood environmental issue in America today,” said writer Heather Thomas in our very first issue 40 years ago, outlining the history of the Mustangs of the American West. “It is especially confusing because of the intense emotionalism it has created.”

In December of 1984, when we reported about amendments to the Wild Horse and Burro Protection Act that would have allowed Mustangs to be euthanized under certain circumstances, we worded our call to action carefully.

“Do your homework on the wild horse dilemma and refrain from being overly emotional in your letter to your Congressman,” we wrote. “Hysterics have never impressed anyone.” Still true today! 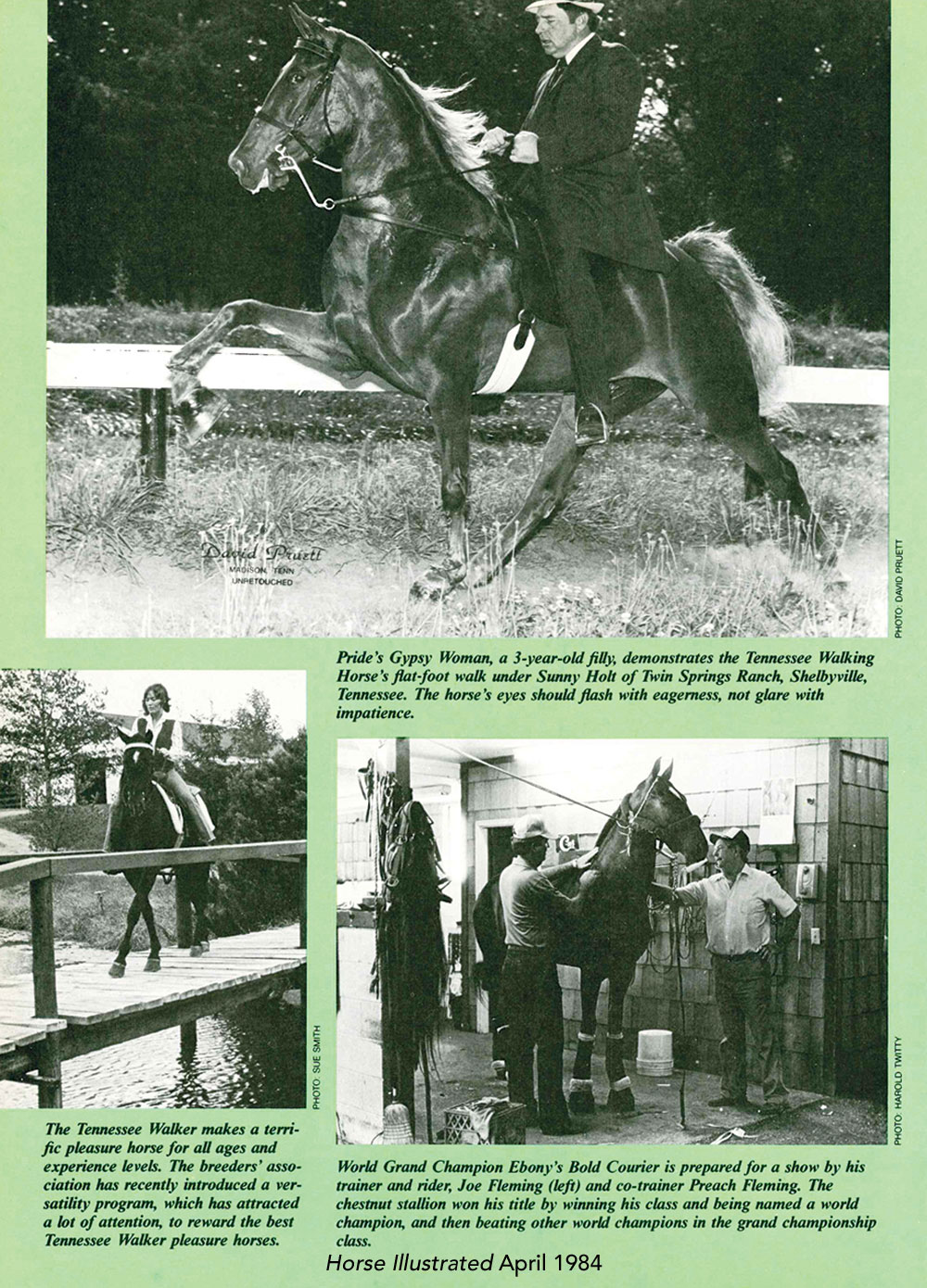 A rosy profile of the Tennessee Walking Horse in the April 1984 issue.

Every sport has its bad apples, as horse people like to say, but there are a few that persistently make headlines more than others. We really stepped in it with an April 1984 breed profile of the Tennessee Walking Horse where we mentioned the illegal and cruel practice of soring, but largely dismissed it as a problem that had been solved.

Readers responded with disbelief, and we acknowledged the error in the following issue’s editor’s letter. Three decades later, we’re still reporting on efforts to end soring. Will we still be talking about it 40 years from now? 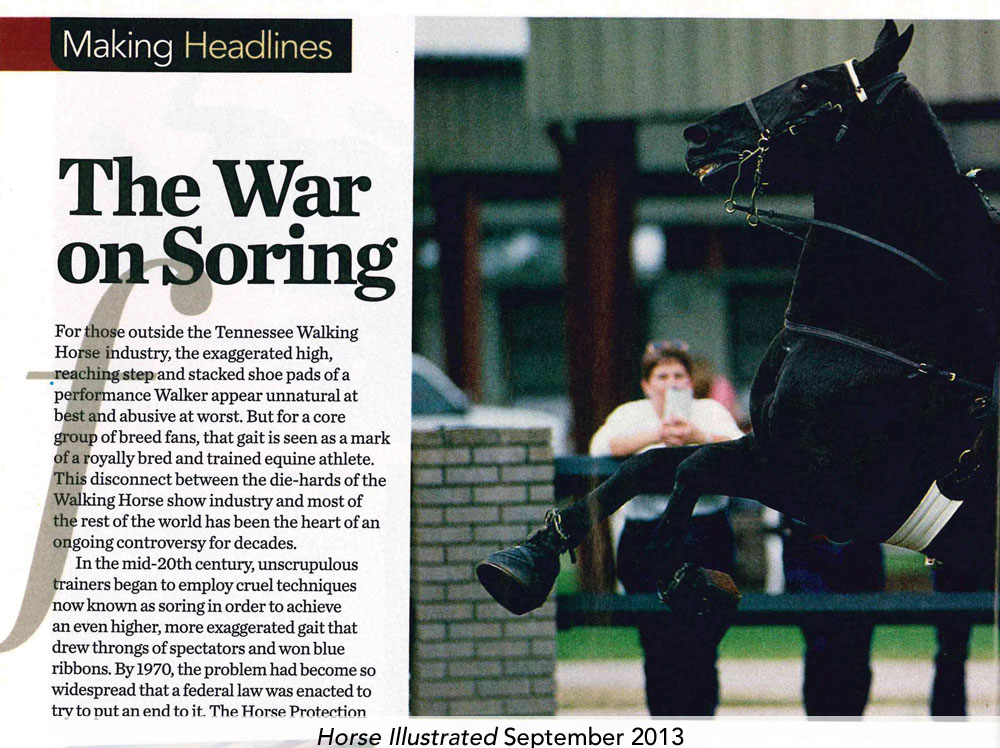 A bit less cheery in this news item from September 2013.

A similar phenomenon occurred when we printed a photo of a winning western pleasure horse in the April 1987 issue. Disgusted readers wrote in to let us know they didn’t like seeing a “peanut roller” celebrated. In response, western pleasure fans wrote in to tell those people to get off their (upheaded) high horses. The lively exchange played out for months in our letters section. Today, the debate over western pleasure gaits and frame continues in numerous online comments sections and message boards. 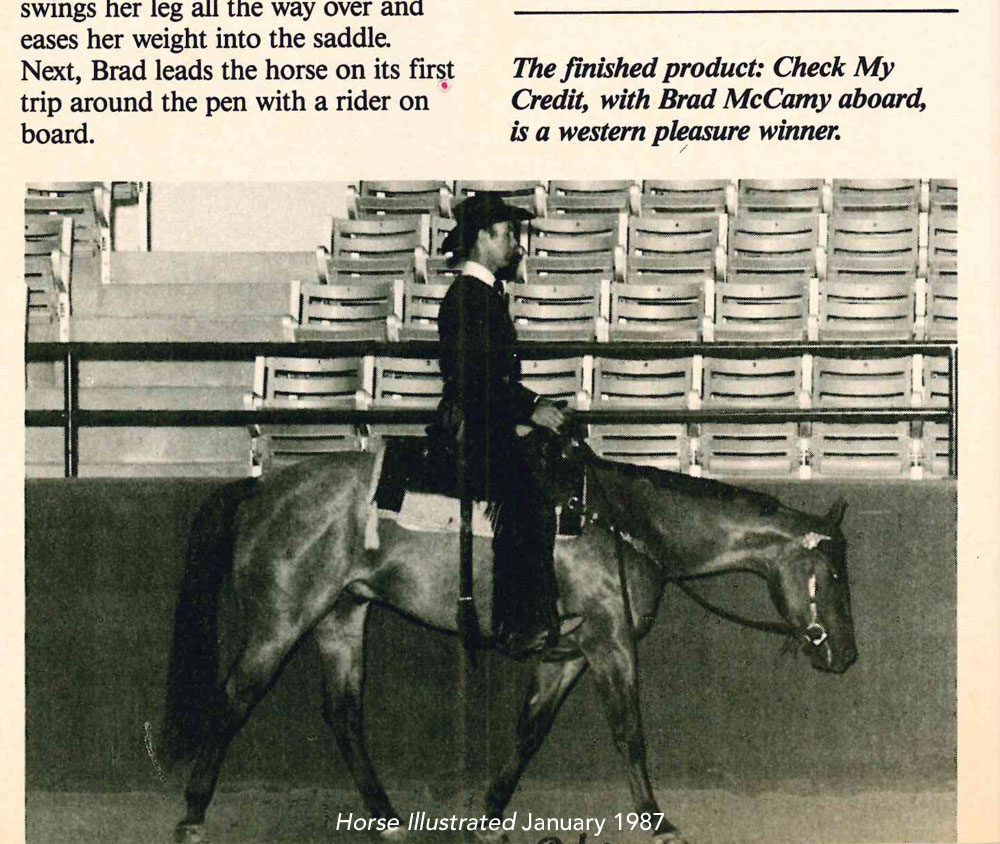 Though fairly moderate compared with later western pleasure horses, this horse’s low headset generated controversy for months after it appeared in the January 1987 issue.

We’ll never eradicate controversy in the horse world, but by shedding light on these hot-button issues and hearing our readers’ feedback, we aim to continue these important conversations.