Robin Hood has gained a reputation on the West Coast for being one of the toughest equine contenders in recognized endurance competition. In Georgia, Forgotten Miss, a stunning bay mare, enriches the lives of children enrolled in the Hearts and Hooves Therapeutic and Handicapped Riding Program. And in Texas, Moonshine, although small in stature, is taking his owner to new heights in United States Pony Club competition.

Robin Hood is a Mustang, Forgotten Miss is a Thoroughbred and Moonshine is an Appaloosa pony. While they differ greatly by breed and vocation, these three horses share something special in common—they were adopted.

These are just three examples among thousands of horses that have been adopted through organizations committed to placing them in permanent, loving homes, where they have gone on to serve their owners as loyal companions, trusty pleasure mounts and distinguished show horses. Thousands more like them are still waiting to be adopted, and one of them could be waiting to be adopted by you.

**For the full article, pick up the September 2007 issue of HORSE ILLUSTRATED.**

Best of Friends: Companion Animals for Your Horse 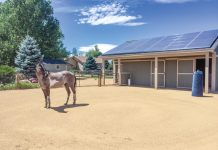 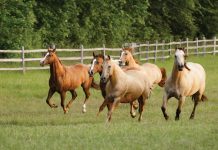 Harmony in the Herd: Risk Management for Pastured Horses

Stable Tour: An Equestrian Property Designed with Horses in Mind