Eight new city slickers pony up for the adventure of a lifetime as Cowboy U returns to Country Music Television with an all new season. The next round of watching wannabe cow hands endure their trials on a real ranch premiered Friday, Jan. 12. Professional cowboys Rocco Wachman and Judd Leffew, and their team of seasoned professionals, attempt to acclimate a fresh batch of city dwellers to the cowboy lifestyle in only three weeks. The activities were shot at the M Lazy C Ranch in Lake George, Colo. This will be the sixth installment of the series, which premiered in 2003.
Filmed in a beautiful setting near the Rocky Mountains, Wachman and Leffew coach contestants through an intense cowboy boot camp on Cowboy U: Colorado. The eight contestants, whose occupations range from an assistant football coach at Johns Hopkins University to a stay-at-home mom, each face daily obstacles and physical burdens in their quest to become true cowboys and cowgirls. From their first contest—catching an ornery calf and putting panties on it—to their lack of big city luxuries, the participants are pushed to their breaking point. In the end, only the strong survive and only one will be worthy of the title “Best All-Around Cowboy,” taking home the cash prize and the glory. 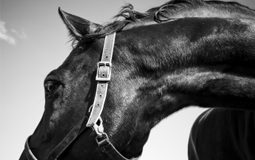