The American Saddlebred Museum, located on the grounds of the Kentucky Horse Park, will be highlighting a seemingly forgotten group of horsemen in its 2007 exhibition. “Out of the Shadows: Bringing to Light Black Horsemen in Saddlebred History,” opened Feb. 16 and showcases the many contributions made by African Americans to Kentucky’s oldest native breed of horse, the American Saddlebred. A complementary film produced by the museum will also be shown throughout the course of the exhibition.

While African Americans have long been recognized for their contribution to the success of Kentucky’s famed Thoroughbred racing industry, the achievements of these horsemen in Saddlebred circles has largely gone unnoticed and unrecognized. Black trainers, owners and caretakers from the Civil War era through the 1970s will be showcased in the exhibit.

The American Saddlebred is Kentucky’s oldest native breed of horse. Once the preferred mount of the cavalry on both sides during the Civil War, Saddlebreds are well known for their beauty, animation and stamina. Known today as “The Horse America Made” and “Peacock of the Show Ring,” the Saddlebred also has a dark side to its history. For many years, black horseman labored within the industry without receiving the credit or fair compensation for their accomplishments. Hopefully, the exhibit, which runs through Dec. 30, will help to bolster the recognition these horsemen deserve. 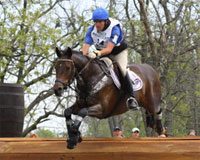