Horse killing is ‘shockingly inhumane’
Images of a horse slaughter that surfaced publicly yesterday were so horrific some reporters couldn’t bear to watch them, from CNews. Read More >>

Unwanted Horses: How Serious a Problem?
It tends to get lost in the shuffle because it’s not as sexy as anabolic steroids, race-fixing, or catastrophic breakdowns from a media perspective, from BloodHorse. Read More >>

Animals slaughtered on Alabama farm
Nearly a dozen animal corpses were waiting for Paul Davis when he returned home from vacation, from WAFF. Read More >> 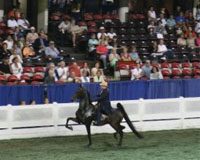