The Wild Horse Is Us
And advocate of the American West’s mustangs blasts a proposed government policy to cull the herds. Read more >>

Seized horses set for auction block
More than two dozen race horses confiscated during a raid at an illegal horse track in southern Oklahoma will go on the auction block later this month, from NewsOK. Read more >>

The Vaulting World Prepares for a Class Act
The FEI World Vaulting Championships are just a month off, to be held at the Brno Fairgrounds in the Czech Republic from July 29 to August 3, in conjunction with the FEI European Junior Championships, from the USEF. Read more >>

HITS Saugerties Wraps up a Fantastic Spring Circuit
Thousands of exhibitors flocked to upstate New York for three exciting weeks of competition in the beautiful Hudson Valley for the HITS Saugerties Spring Circuit from Wednesday, May 28 to Sunday, June 15, from the USEF. Read more >>

Horses inspire landmark sculpture
An artist aiming to create the world’s largest horse sculptures as part of a project in central Scotland has met his equestrian models, from the BBC. Read more >> 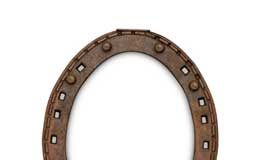 How Did Horseshoes Get so Lucky?