Is There Too Much Emphasis On Money In Horse Racing?
It is the thrill, the crowds and the big bets that gets horse racing fans excited, from 10 News. Read more >>

From Horse to Garden
You’ve got to compost horse manure before it’s anything but trouble, from Bay Weekly. Read more >>

Attorney: Woman was on horse pain relievers
Frances Ann Donohue cannot be held accountable for the alleged elder abuse death of her mother-in-law because of her major depression, self-absorption and abuse of “bute,” a pain reliever for horses, her attorney said, from the York Daily Record. Read more >> 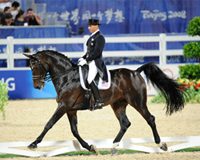