Doping/Medication Cases at the 2008 Olympic Games
The following combinations will not be competing in the Jumping individual final competition, from the FEI.  Read more >>

Irish rider Lynch blames ‘Equiblock’ for positive doping test
One of the four show jumpers suspended from the Olympic competition in Hong Kong has blamed his horse’s positive test for a banned substance on a Deep Heat-like ointment used on the horse, from Horse and Hound.  Read more >>

Russian horse goes from cop to fop
For years, Russian rider Alexandra Korelova quietly observed a particular police horse that lived at her riding club’s stables and decided that he was a champion, from China Daily.  Read more >>

AHC Comments – Department of Justice proposed rule cencerning Americans with Disabiliy Act
The American Horse Council (AHC) appreciates the opportunity to submit the following comments on the Department of Justice’s notice of proposed rule making (NPRM) on Nondiscrimination on the Basis of Disability in State and Local Government Services and Nondiscrimination on the Basis of Disability by Public Accommodations and in Commercial Facilities. The proposed rules could impact trails and wilderness areas used by equestrians, from the AHC.  Read more >> 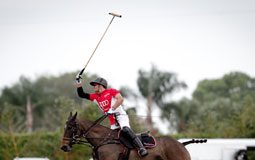