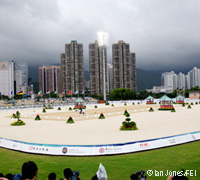 The 2008 Olympic Games are over, but they were just part of the excitement in Hong Kong. The equestrian portion of the 2008 Paralympic Games, which features dressage competition, will be held September 7 – 11 at the Sha Tin equestrian center, the same venue that held the Olympic equestrian events this summer.

Equestrians who compete in the Paralympic Games have some form of physical impairment, but to watch them ride is truly awe inspiring. A total of 28 countries have sent athletes to the 2008 Paralympic equestrian competition. The United States has sent five horse-and-rider combinations:

“The U.S. Paralympic Equestrian Dressage Team is made up of some of the most talented riders in the sport,” says Pam Lane, United States Equestrian Federation Director of Para Equestrian and Vaulting. “Currently, the U.S. is ranked fourth in the world. Everyone is very excited about representing the United States in Hong Kong.”

To keep up on the 2008 Paralympic equestrian competition, visit /redirect.php?location=http%3a%2f%2fwww.fei.org%2fevents%2fgames%2folympic-games%2fparalympic-games-2008. 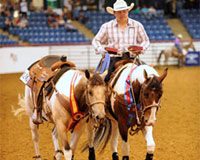