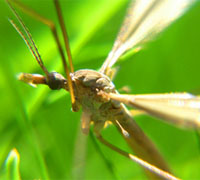 While they may not seem like big numbers, the reports of West Nile virus (WNV) cases in horses out West is causing concern for veterinarians and owners alike. As of October 7, 2008, California reports 23 WNV cases in horses, compared to 25 cases during all of 2007. California, with its warm temperatures that extend well into fall, can probably expect more equine WNV cases before the year ends.

According to the California Department of Public Health, WNV-carrying mosquitoes are still a threat in the state. “Summer has ended but mosquitoes are still active,” a CDPH bulletin warns. “The risk is higher in Southern California this year than the last few years. Mosquito and vector control agencies throughout the state continue to monitor and control West Nile virus.”

Southern California, which saw virtually no rainfall for the year-ending July 1, 2007, experienced several winter storms this year. The increased moisture levels, coupled with warm temperatures that have stayed consistent since late spring, make the region ripe for mosquito breeding.

Riverside and San Diego counties, both of which are in California’s southern region, have seen the highest incidence of the disease to-date this year in the state.

While California monitors its WNV situation, Washington State, which saw only eight equine WNV cases in 2007, has already reported 37 cases through October 7, 2008. In previous years the disease had been isolated to just the eastern part of the state, but now the virus has crossed the Cascades.

“West Nile virus has spread to both sides of our state,” says Jude Van Buren, assistant secretary for Washington State’s Department of Health, Epidemiology, Health Statistics, and Public Health Laboratories. “While the fall weather is getting cooler, mosquitoes are still out there and people should take precautions.”

West Nile virus is spread by infected mosquitoes. Residents in affected areas are urged to remove standing water and vaccinate their horses against the disease. For more information on WNV spread and prevention strategies in horses, visit http://www.aphis.usda.gov/vs/nahss/equine/wnv/ada_wnv_2007.pdf. 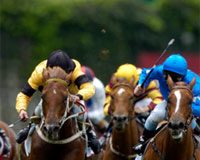