The event features presenters Anne Kursinski on January 26. Kursinski is world-class show jumping champion, having won gold medals at such prestigious venues as the Pan-American Games and the Nations Cup. She has also been a member or alternate member on three consecutive U.S. Olympic teams: Seoul-Team Silver; Barcelona; Atlanta-Team Silver. On January 27, Janet Brown Foy and Marilyn Payne are on tap. Brown Foy is a well-known dressage judge, trainer and competitor from Colorado. She’s currently an FEI I-rated judge and a USEF S-rated dressage judge. Payne is an “S” dressage judge and FEI eventing judge, as well as a distinguished trainer, competitor and breeder of eventing and dressage horses. Her expertise is so well respected that she was on hand as a judge for the three-day eventing competition during the 2008 Olympics in Hong Kong. On January 28, Leslie Law, eventing Olympic medalist who has also been awarded the Member of the Order of the British Empire by the Queen of England for his services to equestrian sport, joins Brown Foy and Payne.

All three days of the event are open to anyone interested in attending. Onsite registration fees are: $55.00 per day for ICP Certified Instructors and/or USEF Licensed Judges; $80 per day for the general public. Early registration discounts are available. Breakfast, lunch, and beverages will be available for purchase on site all three days. 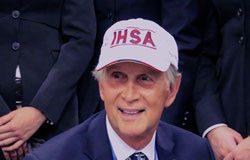