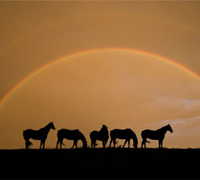 Your vote counts! It will be an integral part of deciding which of the nation’s leading equines will be named the Farnam®/Platform™ USEF Horse of the Year. All heads are now turning to the five equine finalists—one of which will be adorned with the title of Horse of the Year, the most prestigious award the United States Equestrian Federation (USEF) bestows. This year’s winner will join dressage superstar Brentina (2005 winner) jumping superstar Authentic (2006 winner) and the late eventing great Theodore O’Connor (2007 winner).

The five equine finalists are:

Any USEF member can vote online for the Farnam®/Platform™ USEF Horse of the Year. Voting is now open at www.usef.org (scroll down to the end of the page where there will be a Horse of the Year voting link on the bottom left corner of the homepage). For more biographical information about the Horse of the Year finalists, visit /redirect.php?location=http%3a%2f%2fwww.usef.org%2f_IFrames%2fnewsdisplay%2fviewPR.aspx%3fid%3d3928. Voting for Horse of the Year will close on January 9, 2009 at 5 p.m. EST.

How to Take Great Sales Photos of Your Horse