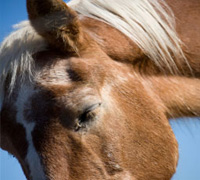 A large, bipartisan coalition of lawmakers has introduced legislation to stop the export of American horses for butchering in Canada and Mexico, as well as to codify a de facto ban on the slaughter of American horses here in the United States for sale to countries in Europe and Asia.

House Judiciary Committee Chairman John Conyers (D-Mich.) and Rep. Dan Burton (R-Ind.) introduced the bill known as the Conyers-Burton Prevention of Equine Cruelty Act, and its passage is a top priority for The Humane Society of the United States and other animal welfare and equine rescue organizations, veterinarians and horse industry groups. This bill is similar to legislation passed by the House Judiciary Committee last September.

“Every day that passes means that there will be more torment and more suffering for America’s horses,” said Wayne Pacelle, president and CEO of The Humane Society of the United States. “The horse is an American icon, and it is a betrayal of our responsibility to these animals to treat them like cheap commodities and send them across our borders for slaughter. We ask leaders in Congress for an up or down vote and passage of this critical legislation.”

State legislatures have acted to stop horse slaughter, shuttering the last remaining foreign-owned horse slaughter plants in the U.S. in 2007, and federal courts have upheld those state laws. But Congress has failed to act to stop the export of live horses to Canada and Mexico for slaughter, which is still occurring. More than 86,000 horses were sent across U.S. borders to slaughter in Canada or Mexico in 2008, surpassing the number of exports in 2007.

In the 109th Congress, legislation to stop horse slaughter passed the House of Representatives numerous times by a margin of more than 100 votes, and passed the Senate by a more than two-to-one margin. But in the 110th Congress, prior legislation, H.R. 503, was not enacted because it was blocked by House committee leaders and Western senators. Animal advocates hope the new bill will advance quickly in Chairman Conyers’ House Judiciary Committee.

The HSUS documented cruelty and abuse when investigators followed “killer buyers” transporting horses thousands of miles from auctions to feedlots to interstate highways. They also documented a barbaric method of slaughter on a kill floor in Juarez, Mexico. Recent documentation uncovered by horse welfare advocates demonstrates that the plants in the U.S. were equally inhumane and riddled with gross abuse. 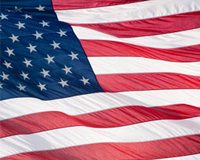 Wounded Veterans Get Support from Equines and Top Equestrians