USEF dates are set
The United States Equestrian Federation announced the dates and location of its 2009 Eventing Winter Training Sessions for its High Performance and Developing Riders’ Teams in Aiken on Friday afternoon. From Aiken Standard. Read more >>

Walking horse group ousts controversial leaders
Members of the Kentucky Walking Horse Association have ousted from their board a controversial former president and vice president who stepped down after the state breeders’ incentive fund began scrutinizing the organization last fall. From Lexington Herald-Leader. Read more >>

Study on Irish draught horse welcomed by breeders
Efforts TO preserve and sustain the future of Ireland’s only native horse breed, the Irish draught, are expected to be significantly helped by the publication of a new report. From Irish Times. Read more >>

$60,000 White Colt Will Be Resold
Florida-based pinhooker Christy Whitman bought what she thought was a unique yearling during the fifth session of the Keeneland January horses of all ages auction, and she’s hoping that shoppers at a future sale will be attracted by his white coat color, which is unusual for a Thoroughbred. From The Horse. Read more >>

Riding race horses a dangerous profession – study
Researchers say that in the danger stakes, being a jockey was only just outranked by off-shore fishermen. From Stuff.co.nz. Read more >>

Two horses in Mira Loma have had their tails cut off
Jodi Smith’s horse, Thor, will have a tough time swatting flies off his rump this summer. And thereby hangs a tail. From The Press-Enterprise. Read more >>

San Jose’s Cavelo Riding Academy evicted from Silver Creek property
Cynder is moving. Again. For the second time in less than a decade, his home has grown far more valuable for houses than horses. From The Mercury News. Read more >>

Healing with Horses: How Equestrian Therapy Helps the Disabled
“They’re very large animals and if you’re not used to being around them they can be scary,” says Sarah Arneson, a riding instructor at the Trinity Equestrian Center in Eau Claire. From WEAU. Read more >> 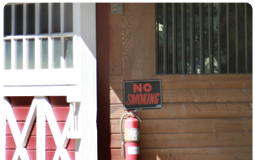 Protect your horses from fire this Fire Prevention Week