The countries to have entered teams for the only Nations Cup competition in the United States are:

The members of each team will be determined later this week.

The USA won the Nations Cup in 2008 with Canada silver and Mexico bronze. The USA and Canada went on to win the gold and silver medals, respectively, at the Beijing Olympics.

The two-round Nations Cup in the centerpiece International Arena at the Palm Beach International Equestrian Center begins at 7 p.m.

The event creates an outpouring of passion among fans supporting their teams.

Special sections have been allocated for large groups of fans, especially Canada, Ireland and Mexico.

Reservations can be made at /redirect.php?location=http%3a%2f%2fequestriansport.com or by calling 561.793.5867. 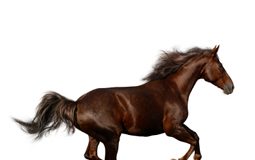