WEG Officials update business community at lunch forum
The World Equestrian Games 2010 Foundation has already raised 75 percent of its budgeted goal in terms of sponsorships, but there will still be many opportunities for local businesses to play a part. From Business Lexington. Read more >>

Dead, dying horses discovered
The frozen carcasses of three horses lay by a stream on a Washington County farm on Tuesday morning as 25 other emaciated equines gobbled up cracked corn that volunteers fed them. From Pittsburgh Tribune-Review. Read more >>

Horse slaughtering bill passes House committee
A measure to repeal the two-year-old ban on horse slaughtering for human consumption in Illinois is gaining some momentum in the state legislature. From The Register-Mail. Read more >>

11 finalists chosen for Racing Hall of Fame
Bob Baffert and two champion horses he trained are among the 11 finalists for election to the National Museum of Racing’s Hall of Fame. From The Associated Press. Read more >>

Government hosting wild horse in Meridian this week
The federal Bureau of Land Management will host a wild horse adoption in Meridian on Friday and Saturday at the Lauderdale County Agri Center. From WREG. Read more >>

BLM event finds homes for 17 wild horses
Just a few months after being rounded up in the Utah desert, 17 wild Cedar Mountain mustangs have been adopted. From Ag Weekly. Read more >>

California Won’t Tax Vet Services
The California Legislature passed a 17-month budget on Feb. 19 that does not include a sales tax on veterinary services. From Veterinary Practice News. Read more >>

VIDEO:  Horse rider ticketed over poop
A 2-year-old colt’s answer to the call of nature has gotten his owner in trouble with Texas authorities. From NBC13. Read more >> 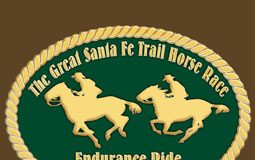