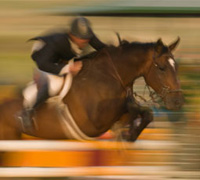 The Pin Oak Charity Horse Show, one of the country’s most prestigious horse competitions, announced that they have officially launched their 64th season. This year’s show will be held, once again, at the Great Southwest Equestrian Center in Katy starting on March 18, 2009 and will run through March 29, 2009. It was also announced that BBVA Compass will be returning as the lead sponsor of the show.

“We are thrilled that Compass Bank has agreed to be our lead sponsor again this year,” said Pin Oak Charity Horse Show President Lynn Walsh. “Their generous support and that of all of our sponsors and show participants will allow us to continue our tradition of raising millions of dollars for our charities, Texas Children’s Hospital and The Ronald McDonald House of Houston.”

Founded in 1945 by Houston philanthropist James S. Abercrombie and his wife Lillie, The Pin Oak Charity Horse Show got its start as a fundraiser for the first hospital in Houston dedicated to children, and the proceeds of the 1947 show provided a considerable portion of the initial backing that established Texas Children’s Hospital in the Texas Medical Center. To date, the show has raised close to $4 million for Texas Children’s Hospital and Ronald McDonald House of Houston.

With a recent commitment of $300,000, Pin Oak is now helping build Texas Children’s first hospital outside the Medical Center and one of the largest suburban pediatric hospitals in the country, Texas Children’s Hospital West Campus. The gift will support the Hematology/Oncology services at the new hospital.

The Pin Oak Charity Horse Show will be held over a two week period and will feature a wide array of equestrian talent featuring hunters and jumpers, American Saddlebreds, Andalusians, Welsh ponies, and new for 2009, Dressage and the United Mountain Horse breed. The crown jewels of the event take place throughout the two weeks. Saturday evening, Week One features a $30,000 Grand Prix presented by Nordic Lights Farm and championship finals; Week Two features the $15,000 ASG International Hunter Derby hosted by Valobra Jewelry and Antiques on Friday and the Houston Area Audi Dealers $30,000 Grand Prix on Saturday. All of these events have ringside galas and special entertainment. 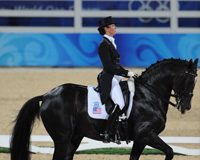