Courtney King-Dye and Chris Hickey Trade Places after Day Two of Dressage at Equestrian Estates
Courtney King-Dye riding Bogner B and Chris Hickey with his partner Cabana Boy have been battling it out in Prix St. Georges and Intermediaire I competition at this year’s Dressage at Equestrian Estates. From DressageDaily. Read more >>

ASHA announces schedule for 2009 Junior Exhibitor Driving Challenge
The American Saddlebred Horse Association (ASHA) has announced the schedule for the 2009 ASHA Junior Exhibitor Driving Challenge. The events currently scheduled for 2009 range from March to November, and are set to be held at various shows across the country. From ASHA. Read more >>

An extreme makeover for wild mustangs
The only thing Katie Williams wanted when she first visited Tom Olive’s farm was a loaner horse to ride in exchange for doing some work around the barn. From Ocala.com. Read more >> 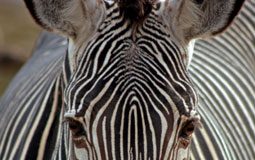