Dutton seeks repeat at Rolex 3-Day Event
For years Phillip Dutton carried the label of “best rider never to win the Rolex Kentucky.” Now he’s back at the Kentucky Horse Park with a new title: defending champion. From The Louisville Courier-Journal. Read more >>

Preparations Before the Big Race
Early this week most of the Derby contenders put in their second-to-last workout before the Derby. From New York Times. Read more >>

Donkey fights off dog attacking sheep
A brave donkey has come to the rescue of a sheep that was being attacked by a dog. From Horse and Hound. Read more >>

Beach horse ban to be put on hold
Coleraine Borough Council was to have made a final decision on the issue at a meeting next Tuesday night. From BBC News. Read more >> 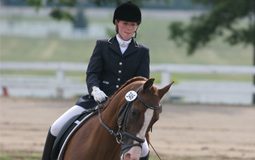