Former Owner of Racehorses Now Works to Save Them
As a longtime owner of thoroughbreds, Madeleine Pickens has made the famous walk to the Churchill Downs paddock with some great racehorses. From The New York Times. Read more >>

Emaciated horse becomes Michigan racing champion
When Ernest Davenport first met Jasper, he was an emaciated horse on his way to the slaughterhouse. From The Chicago Tribune. Read more >>

Riding nonprofit sees donations of horses jump
The sun was setting over a barn behind the Show Place Arena and Prince George’s Equestrian Center in Upper Marlboro on Tuesday evening, and four adults were leading 13-year-old Kalonji Griffin, who has cerebral palsy, and his horse around an open arena. From Gazette.net. Read more >>

Behold your top horses
Spanish horses danced, mariachis played, and a crowd of 2,800 converged Saturday night on the Los Angeles Equestrian Center for the 11th annual Fiesta of the Spanish Horse extravaganza, the capstone of four days of competitions. From Glendale News-Press. Read more >>

NBC Will Air the Rolex Equestrian Championships Right Before the Preakness Stakes
Due to the NHL Playoff game running into three overtimes, the highlight show from the Rolex Kentucky Three-Day Event will now air Saturday, May 16, 2009, from 3:30-4:30 p.m. ET as the lead-in to NBC’s coverage of the Preakness. From USEF.org. Read more >> 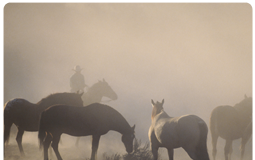