Global Champions Tour heads to Spain
The second stop of the nine-leg Global Champions Tour gets under way this weekend in Spain where the Museum Principe Felipe and the City of Arts and Sciences in Valencia will transform to provide a spectacular venue for this 5-star show jumping event. From Universal Sports. Read more >>

Donkeys and horses suffering at the hands of holidaymakers
It can be the highlight of a holiday – a donkey or horse ride over exotic landscapes. But hundreds of thousands of these beasts of burden are suffering as a result of the tourist trade each year, according to one animal welfare charity. From The Daily Mail. Read more >>

Baby Horses Rescued After Moms Sent To Slaughter
Seven foals whose mothers were sent to slaughter have been rescued and have new homes in El Dorado County this afternoon. From CBS13.com. Read more >>

Trainer is accused after the Queen’s horse fails drug test
The Queen has found herself at the centre of an embarrassing ‘doping’ claim after it emerged that one of her racehorses failed a drugs test. From The Daily Mail. Read more >>

In an effort to cut costs, COLSA looks to scratch therapeutic riding program
The College of Life Sciences and Agriculture is threatening to cut the Therapeutic Riding Program for the community, which has been running since 1989, and has many people hoping the cancellation won’t go through. From The New Hampshire. Read more >>

Domestication led to horse color explosion
The earliest domesticators of horses preferred their steeds colorful instead of color dull, according to a new study that determined breeding by humans caused horses to produce a veritable paint book of coat color shades and patterns. From MSNBC.com. Read more >> 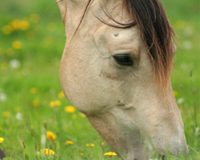