Students get the word out about WEG
The organizers of the 2010 Alltech FEI World Equestrian Games have spent many dollars to get the word out about the two-week event, using sophisticated marketing plans, expensive “branding” consultants and any number of pricey advertisements. From The Lexington Herald-Leader. Read more >>

Horses seized; donations needed to care for them
The Florence Area Humane Society is asking for donations to help them take care of six horses and a pony that they say were underfed and some at the brink of death. From Carolina Life. Read more >>

Agent: Jockey “not likely to walk” after accident
An agent for jockey Rene Douglas says the rider might have been paralyzed after begin thrown from his horse during a race at Arlington Park in suburban Chicago. From The Chicago Tribune. Read more >>

8th horse burned in stables fire dies
An eighth horse has died after a fire that destroyed the stables at the Circle L 5 Riding Club in east Fort Worth. From The Houston Chronicle. Read more >>

Horse therapy helping Ft. Huachuca soldiers cope with war stress
For soldiers coming back from Afghanistan or Iraq, the transition back into society can be a tough one. From KVOA. Read more >>

Galloping into history?
With their steady gaits and sleepy demeanor, the horses that clip and clop along the paths of the Public Garden, Boston Common, and other city parks would seem unlikely subjects of another debate over social class in Boston. From The Boston Globe. Read more >> 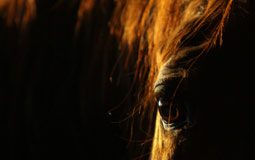