Tulip, a Morab gelding who will turn 21 on June 21, is endurance riding’s most enduring equine, with 20,805 miles to his credit. He is the first horse in American Endurance Ride Conference (AERC) history to surpass the 20,000 mile mark.

Tulip’s name? The rumor, according to Dr. Les Carr, Tulip’s owner, is that a bed of lovely tulips was nearby during Tulip’s birth. The 15.2-hand Tulip, registered as a half-Arabian by the Arabian Horse Association, is by the Morgan stallion Calamity’s Pizzaz, whose sire is from the Kingston line. His dam, Belif, is a granddaughter of Bu-Zahar, a son of Ferzon-Hall of Fame sire of National Champions.

Carr, of Somerset, California, has amassed 46,460 miles of his own during his 24 years of AERC competitions. Both Carr and Tulip exemplify AERC’s commitment to valuing equine longevity.

Although he has completed four 100-mile rides, Tulip’s specialty is the 50-mile endurance ride, especially when combined into AERC Pioneer Rides, which include at least three consecutive days of 50- to 55-mile rides. And the grey gelding’s not burning up the trail; he and Carr tend to finish towards the back of the pack in most competitions.

“The AERC motto is ‘to finish is to win’,” noted Carr. “However, winning can be accomplished in different ways. One way to win is for the rider to make the decision to ride the same horse over a long period of time and place at the middle or tail end of the ride. This approach has been my choice.”

Carr’s horse philosophy has has evolved over the years, and Tulip is his third horse to go over 10,000 miles. Carr credits starting slowly and carrying a lightweight rider—in Tulip’s case, junior Lainey Porter rode Tulip for his first few thousand miles of competition. “I sponsored and accompanied Lainey who rode Tulip slowly and followed my strategies and lead,” said Carr.

A pace of 5.5 miles per hour is another of Carr’s tenets. By not galloping or cantering, Carr plans to take nine to 10 hours to complete a 50-mile ride. To make that trail time easier on Tulip, Carr spends most of his riding time standing up in the stirrups. He allows Tulip to eat and drink pretty much continually along the trail, and carefully watches both Tulip’s intake and outgo which, Carr says, “provide significant clinical signs as to the condition of Tulip along the endurance trail.”

Carr isn’t willing to take risks with his high-mileage horse. “If Tulip is even slightly off in his gait—even if the judges say Tulip could continue in the ride—Tulip and I load up and go home. Any sign of colic results in my immediately pulling Tulip from the ride and requesting immediate vet treatment,” said Carr. “My operating philosophy is that there is always another endurance ride to do, but not another Tulip.”

Most years, Carr and Tulip would complete around 1,000 miles of competition a year. Their highest mileage year was 2006, when the completed 1,970 miles. Along the way, the pair have picked up numerous awards from AERC, including regional mileage championships and Pioneer Awards, even a couple of national mileage championships when he was ridden by junior rider Lainey Porter back in the mid-1990s.

At age 74, Carr keeps himself in shape with bodybuilding and weightlifting when he’s not riding. At 5’8”, he keeps his weight at a trim 148 pounds. A practicing clinical psychologist, Carr considers riding “a mystical and spiritual experience.”

A stairway fall back in 1999 looked like it was the end of Carr’s riding, according to his team of doctors. But after a full year of recovery, he’s been back standing in the saddle for miles and miles every month, although his left leg remains slightly weakened. “I’m appreciative of Brent and Cheryl Johnson, who pitched in and rode Tulip for nearly 1,400 miles during my year off,” said Carr.

Carr has no plans to retire Tulip. The pair have already completed 670 miles in the current ride season. But Carr said that he and Tulip will no longer be doing as many five-day Pioneer Rides (250 miles over five days), instead focusing on one-day 50s and the three-day, 155-mile Pioneer Rides.

For more information about AERC or endurance riding, please contact the AERC office, located in Auburn, California, at 866-271-2372, email aerc@foothill.net, or visit www.aerc.org 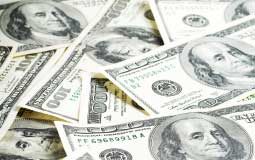 $10,000 Reward for Information on Horse Soring