For World Equestrian Games, leave the dogs at home
If there’s any constant to horse competitions besides the horses, it’s the dogs. From The Lexington Herald-Leader. Read more >>

2010 Youth Olympic Games Selection Procedures Available on the USEF Website
In 2010, the inaugural Youth Olympic Games will take place August 14-26, 2010, in Singapore. Equestrian sport will be represented by the Show Jumping discipline and the United States will be able to qualify one individual to represent the US on the five person North American team. From USEF. Read more >>

Mounted Patrol back in Detroit after 4-year absence
D’wayne Stewart of Eastpointe felt a sense of warmth from Detroit police on Wednesday as he camped out on Belle Isle with his family for the 51st annual Target Fireworks. From The Detroit Free Press. Read more >> 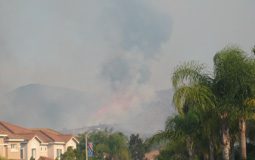