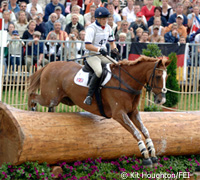 Ticket prices and detailed competition schedules for the 2010 Alltech FEI World Equestrian Games are now available as the world’s most prestigious equestrian competition prepares to visit the Kentucky Horse Park from September 25-October 10, 2010.

Ticket prices and event start times have been finalized for the eight world championships, which are being held outside of Europe for the first time in their history. Tickets will go on sale September 25, 2009, exactly one year before the Games arrive in Kentucky. Approximately 600,000 tickets will be available with prices starting as low as $25.

“We are pleased to have created a ticket program that will be accessible and affordable,” said Jamie Link, CEO of the World Games 2010 Foundation. “We have a wide range of prices that offer something for everyone, from equestrian enthusiasts to visitors who want to enjoy the 2010 Games, the Kentucky Horse Park and the many other activities and offerings we have available.”

Ticket sales will be facilitated by the 2010 Games Ticketing Provider, Ticketmaster, Inc. All ticket sales will be completed online at the Games Web site, www.alltechfeigames.com, beginning on September 25, 2009. Event start times are subject to change.

By registering at www.alltechfeigames.com, interested buyers will be able to receive important news and information about ticket sales as it becomes available.  Subscribers will also receive:

The Alltech FEI World Equestrian Games are the world championships of eight equestrian disciplines recognized by the Fédération Equestre Internationale (FEI). Her Royal Highness Princess Haya is the current president of the FEI. The Games are held every four years and this will be the first occurrence in the United States.

The Games will be broadcast on NBC Sports, which has marked the largest commitment to network coverage of equestrian sport in U.S. television history. The 2010 Games are expected to have a statewide economic impact of $150 million, and current sponsors include Alltech, Rolex, John Deere, Ariat International, Inc. and Rood and Riddle Equine Hospital. For more information on the 2010 Alltech FEI World Equestrian Games, please visit www.alltechfeigames.com

Keep up with all the World Equestrian Games news >> 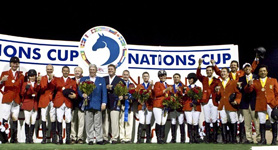