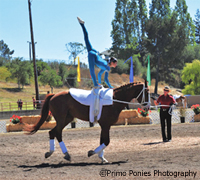 Equestrian vaulters from around the world will descend upon the Bluegrass state in July in preparation for the 2010 Alltech FEI World Equestrian Games, performing dance and gymnastics on cantering horses in two events.

Athletes and horses from around the world will compete at the Kentucky Horse Park in two of the most important vaulting competitions of the year: the American Vaulting Association/United States Equestrian Federation National Championships and the Kentucky Vaulting Cup.

“We’re excited to be bringing this unique and spectator-friendly sport to the home of all that is equestrian—Kentucky,” said AVA President Sheri Benjamin.

From July 30-August 2, the new indoor arena at the Kentucky Horse Park will be the site for the Kentucky Vaulting Cup, an international vaulting competition (CVI) and the official vaulting test event for the Alltech FEI World Equestrian Games. The CVI will bring vaulters from around the world to participate in the event and experience the venue before competing in the world championships in 2010.

There is no admission fee for the USEF-AVA National Vaulting Championships or the Kentucky Vaulting Cup, and spectators are encouraged to attend. There is a one time $5 event parking pass that will be good for the week that can be purchased upon arrival at the park. 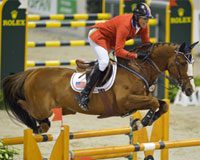