Is this the end for Italy’s most spectacular horse race?
‘The Palio of Siena has a tradition,” says Andrea De Gortes, whose 14 victories make him the contest’s most successful jockey. From The Guardian. Read more >>

Shiny Coat for Bryant Park Carousel Steed
Granny’s Folly, the lead horse in the Bryant Park carousel, has been removed so it can to be refurbished by an artist in Montclair, N.J. — the last of the wooden figures in the seven-year-old French-style Le Carrousel to be redone as part of a $53,800 renovation. From New York Times. Read more >>

Feds saddle up for wild horse roundup
It was the steady drumbeat of an approaching aircraft that finally broke the silence last Friday out on remote rangeland near Challis.  From Idaho Mountain Express. Read more >>

Chincoteague Pony Swim, Auction and Carnival
The Chincoteague Volunteer Fire Department will hold what is sometimes called the oldest Wild West show in the East on July 29 with the auction on July 30. From The Baltimore Sun. Read more >> 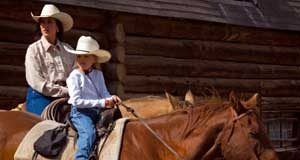 HI Spy: Did Your Mom Support Your Horse Habit?