Doping ban rules Germany’s Ahlmann out of Olympics
German equestrian Christian Ahlmann will not be allowed to compete at the 2012 London Olympics because of his eight-month ban for riding a doped horse at last year’s Beijing Games. From ESPN. Read more >>

Police Searching For Man They Believe Neglected 37 Horses
Police are searching for an Adams County man whom they believe neglected nearly 40 horses on his property. From Indiana’s News Center. Read more >>

NYPD says neigh to Hub horses
The good news is, there’s no danger any former Boston police steeds will be patrolling Yankee Stadium any time soon. From The Boston Herald. Read more >>

St. Louis police move horses exposed to lead
The St. Louis department will be moving its horses used for its mounted patrols after a test showed the stable where they live could be harmful to the horses’ health. From St. Louis Post-Dispatch. Read more >> 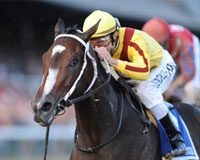