US vs. South Africa Equestrian Competition
Riders from the United States and South Africa face off in team competition in North Carolina. From Digtriad.com. Read more >>

New show planned for Russian horses
Nineteen horses that were featured in a short-lived show in Dallas will star in a new production. From The Dallas Morning News. Read more >>

Palm Springs horse carriage business on brink
The Coachella Valley’s only horse-drawn carriage service is on the verge of shutting down, owners say, as dwindling business in downtown Palm Springs fails to keep pace with costs to care for the horses. From The Desert Sun. Read more >>

Second season of reality series ‘Jockeys’ to begin on Friday
The second season of “Jockeys” will debut on Friday on Animal Planet with an expanded format and a focus on the Kentucky Derby. From Thoroughbred Times. Read more >>

Win a Horse-Powered Car. Horse Not Included
The inventor of a horse-powered vehicle has given up on his creation and is offering it up sans horse to a lucky winner along with its patent and a $100,000 cash prize. From Wired. Read more >> 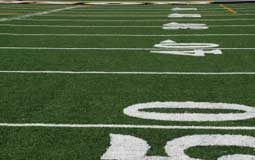 Looking to the Super Bowl for Inspiration