Beijing medals not at risk in Germany doping probe
The IOC says equestrian medals from the Beijing Olympics will not be affected by an investigation into alleged doping violations by Germany’s team. From The Associated Press. Read more >>

Equine Virus Kills Dozens of Horses Across State
Nearly a month ago, a mosquito pool near Egan tested positive for one of the deadliest mosquito borne viruses; Eastern Equine Encephalitis. From KLFY. Read more >>

Veterinarians urge horses to be vaccinated
Eastern Equine Encephalitis has been identified in a horse and two sentinel chickens in Craven County and, with recent rain, could become even more prevalent with mosquito larvae hatchings. From The New Bern Sun Journal. Read more >>

Mine That Bird doing well after minor surgery
Surgery to repair Mine That Bird’s entrapped epiglottis “went perfectly” Tuesday, according to Leonard Blach, DVM, co-owner of the horse that won this year’s Kentucky Derby. From DVM360. Read more >>

Donkeys Deliver The Vote To Rural Afghanistan
At first glance, there’s something comical about a man chasing a runaway donkey with a country’s presidential ballots on its back. From NPR. Read more >>

BHS urges equestrians to help end “Forestry Discrimination”
The British Horse Society is urging all equestrians to respond to the Forestry Commission’s consultation The Long–Term Role of the Public Forest Estate in England. From Smallholder. Read more >>

UNH will continue Therapeutic Riding Program
Despite the threat of closure earlier this summer, the University of New Hampshire has decided to continue operating its therapeutic horseback riding program which serves riders with disabilities. From Seacoast Online. Read more >> 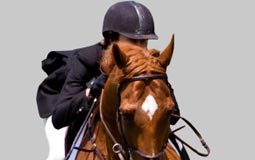