Locals rule on Opening Day at the Hampton Classic
The Hampton Classic is one of the most popular and prestigious horse shows in the nation and draws the best of the best horses and riders from across the country every year. From 27east. Read more >>

Photo Gallery: Horse Rescue
Volunteers and staff of the North Texas Humane Society are caring for 33 of the 76(or 75?)Arabian horses rescued Friday at a facility in Pilot Point. From The Star-Telegram. Read more >>

Mass. shelter sees another horse surrenders record
Officials at a shelter for the Massachusetts Society for the Prevention of Cruelty to Animals says they are receiving a record number of horses given up by their owners for the second year in a row. From Forbes. Read more >>

Retired Racehorses
The story of Tour of the Cat — as reported in Monday’s Times — illustrates all too clearly the fate of retired racehorses. From The New York Times. Read more >>

Standardbreds featured in pair of horse park shows
The versatility of retired racehorses will be featured at the Battle of the Breeds on Saturday, August 29 and the 2009 National Standardbred Show on Sunday, August 30, 2009 at the Horse Park of New Jersey in Allentown, NJ. From SBOANJ. Read more >>

USEF Launches New Car-Buying Program for Members
The United States Equestrian Federation (USEF) is working to make it easier for members to get great low prices on vehicles of their choice. From USEF. Read more >> 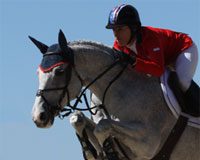