Jumper Classic returning
The tradition of elite show jumping competition with a European look and feel keeps some of the finest international equestrian athletes returning to the Jumper Classic, now in its 20th year. From Seacost Online. Read more >>

FEI Launches New Awards
The Federation Equestre Internationale (FEI) is proud to announce the launch of the first ever FEI Awards set up to celebrate the equestrian community and pay tribute to the heroes of the sport. From Yahoo! News. Read more >> 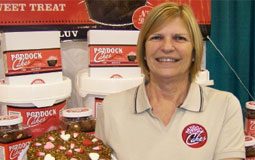