Cavalia, the global sensation that recently returned from two years in Europe and is presently on a North American tour, will open in the Washington area on Friday, September 11, highlighting a weekend of performances that will serve to benefit The Pentagon Memorial Fund.

“It is with great pride that we partner with the Pentagon Memorial Fund once again by offering a show that celebrates such gifts as beauty, peace, love and harmony,” said Cavalia Artistic Director Normand Latourelle. “Not only is Cavalia a tribute to the incredible relationship that we have shared with horses throughout history, it is also a tribute to humanity. Our cast of international artists were emotionally touched by the events of September 11. We decided collectively that to perform as a tribute and message of peace and true harmony, would be an enormous privilege.”

The Pentagon Memorial Fund was established in the wake of the 2001 terrorist attacks to raise private funds necessary to build and maintain the Pentagon Memorial. Completed in 2008, the Pentagon Memorial park consists of 184 memorial units, each of which is dedicated to an individual victim by its unique placement within the collective field.  The field is organized as a timeline of the victims’ ages, spanning from the youngest (age 3) to the oldest (age 71).

Cavalia returns to the Washington DC area after 4 years of touring the USA, Canada and Europe. During Cavalia’s last visit it also gave a portion of proceeds from ticket sales to the Pentagon Memorial Fund. The majestic White Big Top, which houses the magnificent show, will set up at Pentagon City in Arlington at South Fern Street and Army Navy Drive. Benefit performances will be Friday, Sept. 11 at 8 p.m.; Saturday, Sept. 12 at 3 p.m. and 8 p.m.; and Sunday, Sept. 13 at 2 p.m. Cavalia is to run until September 27. Tickets are on sale now by calling 1-866-999-8111 or by visiting www.cavalia.net

Seen by over 2.5 million people worldwide, Cavalia is a tribute to what the horse has accomplished and a celebration of the relationship that we have enjoyed together. This multimedia extravaganza features more than 100 two-and four-legged artists, including beautiful horses of 13 breeds, riders, acrobats, aerialists, dancers, and live musicians. It is this combination that sets the mood in the majestic White Big Top. Headquartered in Montreal, Quebec (Canada), Cavalia is the brainchild of Normand Latourelle who has become renowned for producing popular events around the world. 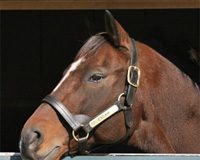