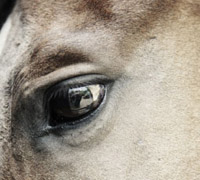 On Thursday, November 19, the International Equestrian Federation General Assembly voted overwhelmingly in favor of new Equine Anti-Doping and Controlled Medication Regulations in an effort to ensure the welfare of the horse and guarantee a fair playing field. A series of far reaching recommendations – part of the Clean Sport Campaign – were also adopted by a massive majority amongst the 105 National Federations represented in Copenhagen.

Delegates also approved in a close vote a new Prohibited Substances List itemizing more than 1000 substances not allowed in competition. The adoption of the so-called “Progressive List” now permits in-competition use of a limited number of medications, including anti-inflammatories such as Bute, under strictly prescribed limits.

FEI President HRH Princess Haya thanked the delegates on behalf of the sport for their support of the Clean Sport Campaign. “This is a true landmark moment in the history of our sport,” HRH Princess Haya commented. “The overwhelming support of the National Federations for the Clean Sport Campaign is proof that we are moving in the right direction thanks to the incredible work done by the Ljungqvist and Stevens Commissions. This vote has given us the power to roll out Clean Sport and allow us to restore the public image of our sport as a clean and uncorrupt product.”

The Clean Sport Campaign is the result of a year-long consultation process which has brought together the viewpoints and expertise of the entire FEI Family and the professional recommendations of the Commissions led by Prof. Arne Ljungqvist, chairman of the IOC Medical Commission and vice president of the World Anti Doping Agency, and Lord Stevens, formed Metropolitan Police Commissioner.

Professor Ljungqvist said, “Ultimately it was down to the equestrian community to make the final decision and they have voted in support of the package as a whole. The two Commissions have put in an enormous amount of work to come up with these recommendations and it is particularly gratifying that we have received such overwhelming support for the Clean Sport Campaign from the National Federations.”

Lord Stevens stated afterwards, “We said yesterday that the FEI needed to adopt these recommendations before it could be given a clean bill of health. They have been approved by a massive majority and now the sport can move forward.”

Doping has become an increasingly serious issue in the international equestrian community after several riders were eliminated from the 2008 Olympics after their horses tested positive for banned substances.

Lists of Prohibited Substances: 53 in favour of Progressive List, 48 in favour of other List
105 NFs represented (102 participated, 101 valid, 1 abstention)