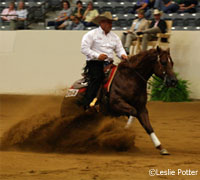 The $1.9 Million show features the NRHA Futurity – the premier event for three-year-old reining horses. At the end of the Open Finals on Saturday, December 5, one entry is guaranteed a check for $125,000 as well as a whole host of incredible prizes from NRHA Corporate Partners and other award sponsors. The Cinch/NRHA Non Pro Futurity offers an additional $120,000 in added money for non pro reiners.

Sunday, November 29 – Saturday, December 5; The Adequan® North American Affiliate Championships (NAAC) is the culmination of a year of grueling competition for NRHA reiners across the U.S., Canada and Mexico. Riders must first qualify at their affiliate circuit shows. The top ten in each division advance to one of ten Regional Affiliate Finals events. The top five riders, plus ties, in each division at the Regional Affiliate Finals are invited to compete in the NAAC to see who the best reiners on the continent are. Admission and parking are free to watch NAAC competition in the Adequan® Championship Arena.

Thursday, December 3 at 5:30 p.m.: The Invitational Freestyle is another crowd favorite where riders are free to express their “style” by performing their own reining pattern to music while both horse and rider are dressed to play the part. Some ride without a saddle and others perform without a bridle for steering the horse through the required maneuvers.

Thursday, December 3 at 7:30 p.m.: NRHA will welcome the prestigious $100,000 added Federation Equestre Internationale World Reining Masters. Competitors from countries including the USA, Austria, Australia, Czech Republic, Dominican Republic, France, Germany, Israel, Italy, Mexico, Netherlands, Poland, Switzerland and many more have been named the best in their countries and will make the journey to Oklahoma City to compete for international bragging rights.

Friday, December 4 – 6 p.m.: The 4R Performance Horses Celebrity Slide, benefitting the Make-A-Wish Foundation of Oklahoma®, brings some of the world’s greatest bull riders and celebrities who’ve taken time from their busy schedules to help some of their most ardent fans and the local chapter of the largest wish-granting organization for children. William Shatner will join the likes of Grammy award winning singer/songwriter Lyle Lovett, founder of one of America’s leading fine jewelry companies David Yurman, TLC’s Trading Spaces star Christi Proctor and Tulsa Morning Anchor Kristin Dickerson, plus bull riding celebrities Cody Ford, JW Hart, Cody Lambert, Adriano Moraes and Mike Lee. The celebrities will receive personal training from an all-star line up of NRHA Million Dollar Riders, NRHA Professionals and their young friends from Make-A-Wish. General admission tickets are only $8 and parking is free. There’ll be opportunities for autographs and photographs, as well as a ticketed VIP Reception following. This event is proudly organized by the Reining Horse Sports Foundation.

Saturday, December 5 – 10 a.m.: World renowned trainer, clinician and host of “Downunder Horsemanship” Clinton Anderson, will provide a phenomenal training clinic with his trademark Aussie style and finesse. The clinic will leave you wanting more as he shows you his training techniques in Oklahoma City. In addition, NRHA Million Dollar Sire / 2002 NRHA Futurity Champion Wimpys Little Step and NRHA Three Million Dollar Rider Shawn Flarida will make a special guest appearance and give away the chance to ride the legendary stallion. All attendees to the Clinton Anderson Clinic will get the once-in-a-lifetime chance to win a test ride on Mark Schols’ Wimpys Little Step! Also, youth 18 and under get in free with a membership card or clothing showing affiliation to a youth organization.

Visit nrhafuturity.com for more information or to purchase tickets. 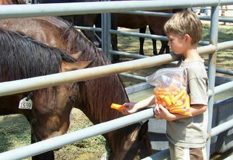