New Zealand says no to progressive drugs list
New Zealand has lodged its formal objection to the FEI’s new policy over anti-inflammatory drugs, saying it compromises the image of equestrian sport and horse welfare. From Horsetalk. Read more >>

15 healthiest horses taken from fairgrounds shelter to Knoxville
Fifteen of the healthiest of about 80 rescued horses sheltered at the Tennessee State Fairgrounds were being taken to Knoxville on Wednesday, on their way to more nurturing. From The Tennessean. Read more >>

Men Accused In Horse Abuse Case Speak Out
The father and son charged with 84 counts of abusing horses are telling their story for the very first time. From NewsChannel5. Read more >>

NYRA urges tough penalties on horse slaughter
The New York Racing Association is calling for harsh penalties for horsemen who directly or indirectly sell a horse for slaughter. From The Associated Press. Read more >> 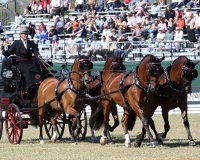