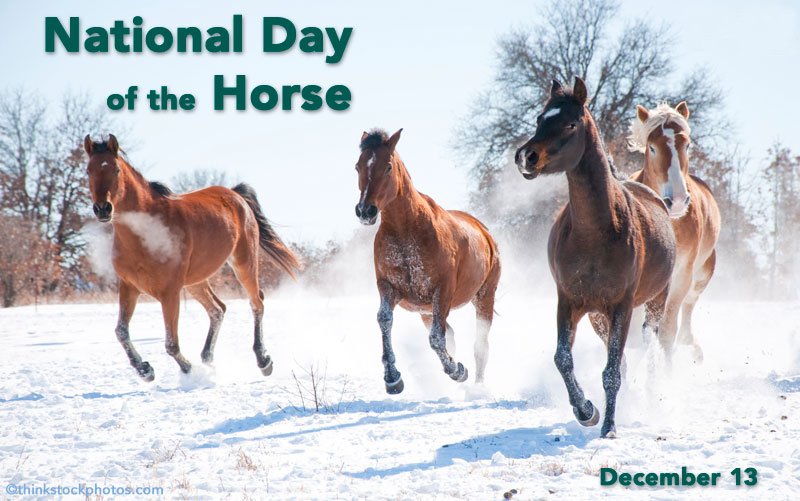 The text of the resolution states:

Encouraging citizens to be mindful of the contribution of horses to the economy, history, and character of the United States and expressing the sense of Congress that a National Day of the Horse should be established.

Whereas the horse is a living link to the history of the United States;

Whereas, without horses, the economy, history, and character of the United States would be profoundly different;

Whereas horses continue to permeate the society of the United States, as witnessed on movie screens, on open land, and in our own backyards;

Whereas horses are a vital part of the collective experience of the United States and deserve protection and compassion;

Whereas, because of increasing pressure from modern society, wild and domestic horses rely on humans for adequate food, water, and shelter; and

Whereas the Congressional Horse Caucus estimates that the horse industry contributes well over $100,000,000,000 each year to the economy of the United States: Now, therefore, be it Resolved by the House of Representatives (the Senate concurring), That Congress–

(1) encourages all citizens to be mindful of the contribution of horses to the economy, history, and character of the United States;

(2) expresses its sense that a National Day of the Horse should be established in recognition of the importance of horses to the Nation’s security, economy, recreation, and heritage; and

(3) urges the President to issue a proclamation calling on the people of the United States and interested organizations to observe National Day of the Horse with appropriate programs and activities.

On the anniversary of the first official National Day of the Horse, horse enthusiasts are encouraged to celebrate the horse’s contribution to the United States.

According to the American Horse Council: 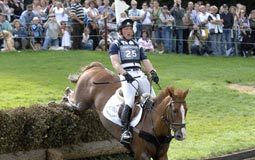