The Netherlands’ Edward Gal and Moorlands Totillas set a new world record in the Grand Prix Freestyle for the third time this year when scoring 92.30% to win the fourth leg of the FEI World Cup™ Dressage series at the Grand Hall at Olympia in London On December 16.  With another breathtaking performance, the nine-year-old stallion showed even more confidence than he displayed when taking Freestyle gold at the Alltech FEI European Championships at Windsor last August.  Stockholm winner Adelinde Cornelissen had a difficult evening with Parzival who was gripped with nervous tension and failed to give of his best, but this Dutch duo still held on for second place, while British hearts were lifted by a great third-spot finish for one of their all-time favourites, Carl Hester with Liebling 11.

Totillas and Gal created a huge sensation when de-throning long-time Freestyle record-holder Anky Van Grunsven with an amazing test at Hickstead in July where they scored 89.50%, and then came back to raise the bar even higher when taking the European title with a mark of 90.75%.  They did that despite some irregular scores, but tonight the judges were very much in agreement about artistic merit – Gal and Totillas blended brilliantly with their musical accompaniment which perfectly compliments the stallion’s enormous presence.  It is the power with which he pumps off the floor in piaffe and passage that particularly distinguishes him along with his ease of elevation.  He looks comfortable in his body even when executing the most difficult of movements.

Nerves are not something Gal has to battle with where Totillas is concerned.  “He’s always really relaxed, the only problem is that he gets distracted by things going on around him but he’s not worried about them, just interested, and so sometimes loses his attention” the rider explained.  He could feel how good the horse’s work was at Olympia – “it just felt great” he said.  “In the very beginning of his training he had trouble with the changes but once he learns something you don’t have to keep going over it again and again, he remembers.  It’s all very easy for him and he learns very quickly” he explained after putting the record-breaking 92.30% on the board.

His plan for Totillas now is to compete at the FEI World Cup™ Dressage Final at s’Hertogenbosch in March and at the Alltech FEI World Equestrian Games in Kentucky later in the year “and that we both have fun while we are doing it!” he added.  Tonight’s result sees him share the league leaderboard with Cornelissen while Van Grunsven completes the Dutch dominance in third.

Ground Jury President, Stephen Clarke, was delighted with another record-breaking night – “the judges did a great job, they reacted to what they saw.  Tonight Carl did his best Grand Prix ever, Adelinde coped really well in difficult circumstances and Edward left me speechless!” he said.

The next leg of the 2009/2010 FEI Dressage World Cup™ series takes place in Frankfurt, Germany next weekend. 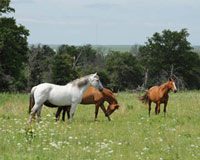