365 Days of Excellence in Equestrian Sport: USEF Athletes Win Around the World in 2009
Talk about busy. 2009 has been a whirlwind, new champions of all kinds, title defenders, legends and innovators made headlines this year. From USEF. Read more >>

Another Horse Found Slaughtered in Miami-Dade
Despite five arrests and a lull in horse killings since July in Miami-Dade, another horse was found slaughtered last night, its body left on the side of the road. From NBC Miami. Read more >>

Connie Hines, Dies at 79; ‘Mister Ed’ Actress
Connie Hines, an actress best known for playing a supporting role to a talking horse on the television show “Mister Ed,” died on Friday at her home here. She was 79. From The New York Times. Read more >>

Horse a Forsyth girl’s wish come true
Margaret Hurt’s passion is horses, making the long months when chemotherapy made her too sick to ride even more difficult. From NorthFulton.com. Read more >>

Northern Blend: National audience loves the ‘tornado twins’
Every day they watch the colts kick over their food pan, or frolic with the corgi puppies Bill and Ted, it’s a reminder that this year has been an excellent — and constantly surprising — adventure. From The Greely Tribune. Read more >> 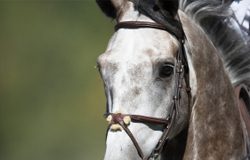