U.S. will get chance to strut its stuff when WEG hits Lexington in ’10
It’s likely that, a year from now, 2010 will be remembered as the American year in horse sports. From The Star-Ledger. Read more >>

Turfway Park works to ensure horses not neglected
In the event that a Turfway Park horseman feels like he or she is out of options for a Thoroughbred finished with racing, the Northern Kentucky track sets aside stall space as a last resort. From Thoroughbred Times. Read more >>

Out of the Gate
When the Kentucky Derby rolls around each year, few ordinary fans are aware of the grisly waste of horseflesh that underpins the self-proclaimed Sport of Kings. From The New York Times. Read more >>

Vail Valley donkeys escape church nativity scene
What’s a living nativity scene without a little real-life drama to go along with it — that’s what local church officials and members are saying in hindsight. From Denver Post. Read more >>

Mystery pony found wandering Norwalk streets gets a new home just in time for Christmas
It seems that the mystery — and it’s a big one — surrounding a wayward Shetland pony found wandering the streets of Norwalk earlier this month may never be solved. From LA Times. Read more >> 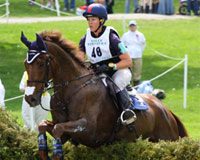