Two horses among Top 10 female athletes of year
People like to say no one remembers who finishes second. From Daily Journal Online. Read more >>

When My Mother Called Out the Posse
My mother called to tell me that her horses had been stolen. The year was 2005, not 1885, and the place was central Florida, not South Dakota. From The New York Times. Read more >>

Equine therapy part of military counseling offering
Before the advent of modern warfare, a warrior’s horse was an integral part to his success on the battlefield. From The Fort Worth Business Press. Read more >>

Texas Horse Dentists Feel the Bite Of State Regulatory Oversight
The state constitution doesn’t say, in so many words, that Carl Mitz has the absolute right to pry open a horse’s mouth, grab hold of the tongue, and commence sawing away at the back molars with a power tool. From The Wall Street Journal. Read more >>

CSU twin foals among top stories of the year
The Colorado State University Equine Neonatal Intensive Care Unit could get a $10,000 boost if the story of two surrogate-born foals is selected as the favorite of the year. From Northern Colorado Business Report. Read more >>

Rose Parade riders show their stuff at Equestfest 2009
For hundreds of fans of the 23 equestrian units performing in the 121st Tournament of Roses Parade, it was a chance to get to know the horses. From The Pasadena Star News. Read more >> 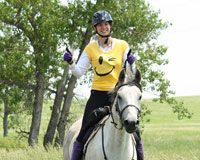