Polo team hit by loss of horses returns to play
Just a few days after 21 polo horses died from an overdose of a common mineral before a championship match in Florida earlier this year, the Venezuelan-owned team remained devastated by the loss. From The Miami Herald. Read more >>

Cannon County Rescued Horses Find New Homes
More than a month after 84 starving horses were rescued from a Cannon County farm, some are settling into permanent homes. From NewsChannel5. Read more >>

New laws set ‘steed’ limits
It’ll no longer be a dog’s life for the horses in Central Park. From The New York Post. Read more >> 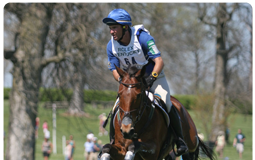 Celebrate the native equines of Ireland