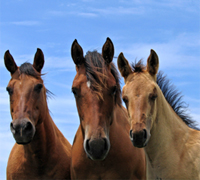 Pfizer Animal Health in partnership with American Horse Publications (AHP) will present the 9th annual Equine Industry Vision Award at this year’s AHP convention. The award was developed it to recognize outstanding leadership, creativity and meritorious contributions in the equine industry. The deadline date for nominations for the is February 1, 2010.

Previous winners include 2009’s Charlotte Brailey Kneeland, founder and director of the American Riding Instructors Association, for her efforts to promote safe and professional riding isntruction.

Legendary instructor and clinician and founder of Centered Riding®, Sally Swift was recognized in 2008 for her many years of dedication to horsemanship for all levels of riders..

In 2007, Olympic eventer and president of the United States Equestrian Federation David O’Connor earned the award for his contributions to equestrian sport. 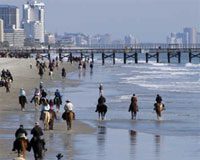 Ride on the beach to raise funds for the American Heart...