Oldest Olympic sport, the modern pentathlon makes a 2010 comeback
It is a sport that is a culmination of all-rounded fitness, determination and strategy. From Channel News Asia. Read more >>

Prosecutor: Animals suffered at hands of ‘true cowboy’
A former Morrill County rancher presented himself as a “true cowboy” but instead starved the horses and burros he claimed he was giving sanctuary to, Morrill County Attorney Jean Rhodes told a jury Monday. From The North Platte Telegraph. Read more >>

Viebrock backs bill for horse slaughterhouses
A Greene County lawmaker wants to make the slaughtering of horses for human consumption legal in Missouri. From The Springfield News-Leader. Read more >>

Oxford OKs horse patrol on Square
Police on horseback will soon make an appearance on the Square in Oxford. From WXVT. Read more >>

Fake vet jailed for two years
In order to look the part, Russell Oakes, 43, bought himself a 4 x 4 and took to wearing country tweeds. From The Telegraph. Read more >>

Arrest warrant issued in theft of teen’s horse
Iredell County authorities on Monday have issued an arrest warrant for a Statesville man they believe stole a 5-year-old mare and sold it to an Alexander County woman for $60. From The Charlotte Observer. Read more >> 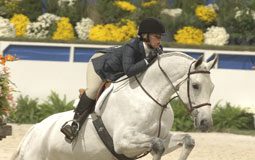